“The Berlinale doesn’t just boost Berlin as a city of film. It exports a very specific Berlin feeling, a mixture of down-to-earth mentality and cordiality, which reaches to the human core at the centre of even the greatest star. This groundedness is, along with the glamour, a part of the success story.”– Tagesspiegel 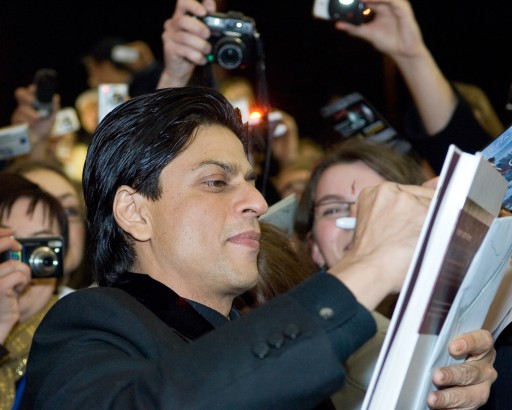 Shah Rukh Khan among his fans

Thanks to dazzling star presence the glamour factor at the 58th Berlin International Film Festival attracted a lot of the journalistic attention. Many were excited by visits by famous actresses such as Tilda Swinton, Penélope Cruz, Kristin Scott Thomas, Natalie Portman and Scarlett Johansson, who thrilled the Berlin audience merely by being there. Actors Nanni Moretti, Daniel Day-Lewis, Sir Ben Kingsley and Willem Dafoe provided the equivalent male star power. However, the number one audience favourite came neither from the realm of Hollywood nor from Europe but raised the heart rates of fans of Indian cinema: Bollywood great Shah Rukh Khan presented his new film Om Shanti Om at the Berlinale and his appearance caused a huge commotion in half of the city.

A few critics criticised a too-strong focus on the world of glamour. Daniel Kothenschulte of the Frankfurter Rundschau asked sardonically whether the film festival should be replaced by a “celebrity festival”. In general, however, the dominant impression was that the unassailable focus of the Berlinale was still the films. Without them it would not have been possible to again increase the number of tickets sold (more than 240,000) and accredited guests. 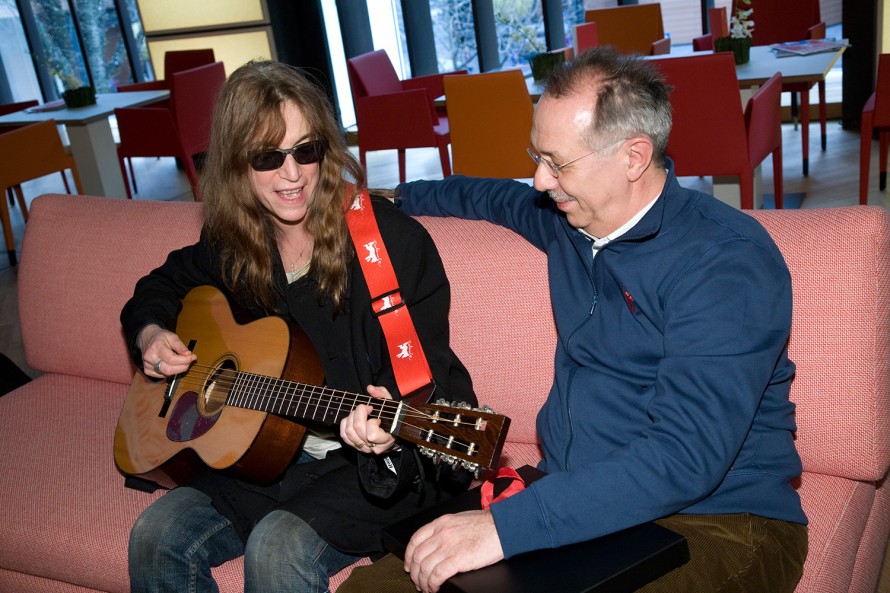 One of the most eagerly awaited high points was of course the announcement of the awards on the last Saturday of the festival. The fact that the International Jury headed by director Cost-Gavras was reduced from eight to six members (Susanne Bier and Sandrine Bonnaire had to cancel at short notices just before the festival), did nothing to diminish the passionate discussion within the group. With their decision to award the Golden Bear to the Brazilian film Tropa De Elite by José Padilha, the jurors made a surprising yet affirmative choice. It was surprising because few had placed the film on their short-list of potential winners, due to its extraordinary, true-to-life aesthetic. Affirmative, because the film’s topic of corruption and power mechanisms within a Brazilian police unit fulfilled expectations (especially of Costa Gavras) that the winner would be a strong socio-critical content. In this sense, the Grand Prix of the Jury went to a decidedly political film, the first documentary to ever have competed for the bears in the Berlinale Competition: Errol Morris’ Standard Operating Procedure on the scandalous occurrences and torture methods of the US military in the Abu-Ghraib prison in Iraq.

The mix of glamorous moments on the one side and explosive political issues on the other was reflected throughout the entire festival. And seldom did the individual sections present themselves in such unison as this year. For example, the issue of slums/favelas in the winning film was reflected in various ways in the programmes of the other sections, as in Los olvidados in the Retrospective, Cidade dos Homens in Generation or Sleep Dealer in Panorama.

Music for the heart and head

An even more powerful connective, pervasive force was the theme of music. Not just the fact that the film often successfully managed to bridge the gap between the artistic entertainment and the political motives of the musicians and filmmakers. After the Rolling Stones and director Martin Scorsese provided the festival with an exhilarating opening, the other sections followed with more stars from the world of pop and rock: besides Madonna, who presented her directing debut in the Panorama, Neil Young and Patti Smith were both present with films.

With the musical production love, peace & beatbox (shown as a Cross Section entry with the Perspektive Deutsches Kino) and War Child, the Generation section presented two documentaries for the first time in the new 14-plus Babylon cinema in Mitte, thereby expanding the cinematic range of its programme. The Crystal Bears went, in line with tradition, to feature films: The Black Baloon in 14plus and Buda Az Sharm Foru Rikht in Kplus.

Although German film was not as strong and well represented as at previous festivals, the Perspektive Deutsches Kino presented a convincing programme. The courage of young German filmmakers willing to look beyond their own reality was well received and was honoured with the Teddy for the best documentary in the case of Football Under Cover and with the Dialogue en perspective prize for Drifter. Another exciting development for German film was the admittance of actress Hannah Herzsprung into the elite circle of the Shooting Stars 2008. 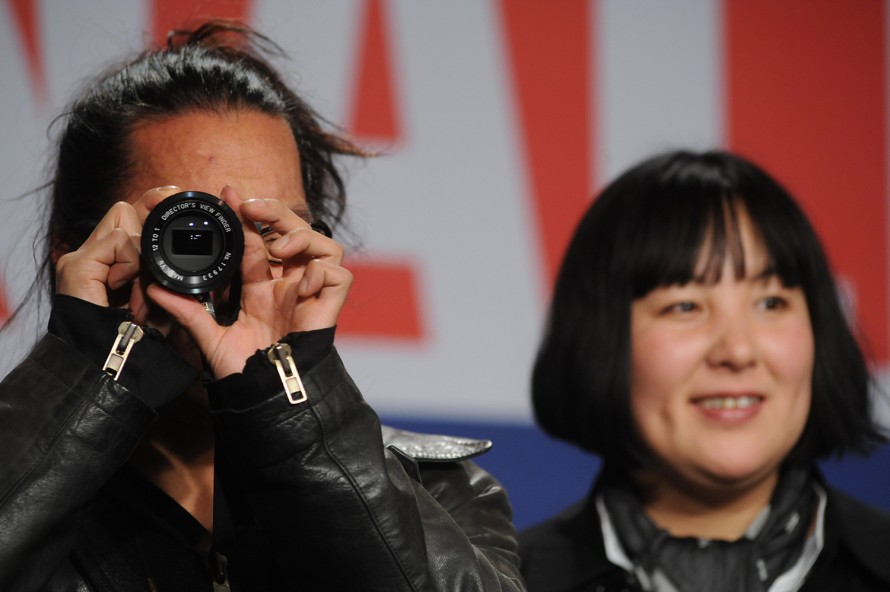 Strong (southeast) Asian cinema in the Forum and Panorama

The Forum successfully fulfilled its role as platform for daring, unconventional filmmakers and, was optimally supplemented by the artistic and installative pieces shown in Forum Expanded. The Japanese Forum film Asyl - Park and Love Hotel was awarded with the high-value prize for the best first film. Otherwise, the large number of impressive productions from Southeast Asia stuck out among a broad spectrum of international productions.

The region was also the setting of Teddy-winner Olaf de Fleur Johannesson’s Panorama film The Amazing Truth About Queen Raquela. In his own words he wanted, in his work, to show “what social disrespect, poverty, homosexuality and cross-dressing mean in a Catholic-dominated society such as the Philippines.” A high number of the films in the section displayed a comparable and often socially critical thoughtfulness. A thread that linked many of the films in the programme was a return to clear narrative structures and genre formats.

Market and festival – a successful connection

In 2008, industry visitors were again able to make good use of the opportunities provided by the European Film Market to form and foster productive, lasting business relationships. A total of 430 companies from 51 countries were represented with stands in the Martin-Gropius-Bau and the approximately 6,400 professional guests received a comprehensive overview of current developments in the international production scene. The increased interest in the Berlinale Co-Production Market as a guide and motor for international co-productions also confirmed the role of the Berlinale as a market and working platform. Thirty-five film projects from 25 countries were discussed in various event formats with a focus on future co-productions. The increasingly important funding body, the World Cinema Fund, was able to expand its radius of support during this year’s festival and presented for the first time funded projects from the regions of Southeast Asia and the Caucasus.

The Berlinale Talent Campus in the HAU again served as the ideal location for exchange between 349 young international filmmakers and professionals from all areas of the industry. Inspiration and discussion was provided by celebrity guests such as Stephen Daldry, Julie Delpy and Maria Schrader, who, together with the talents, explored the many sides of cinematic emotional realities, the dedicated theme of this year’s Campus. 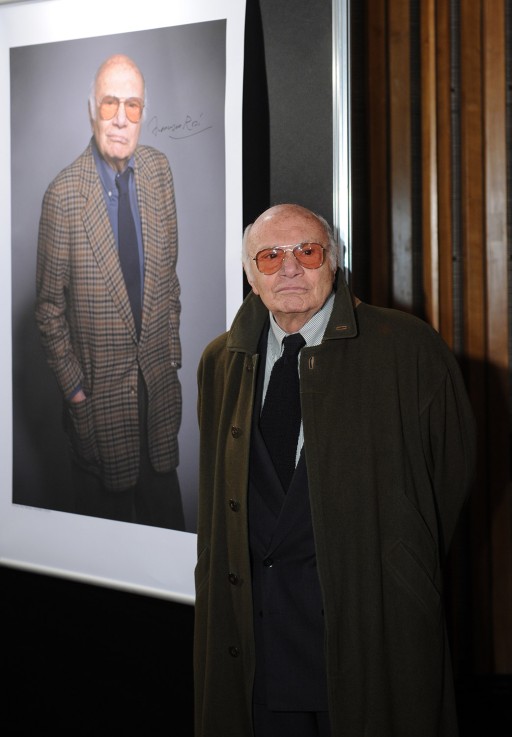 Francesco Rosi in front of his portrait

In conclusion, the Frankfurter Allgemeine Sonntagszeitung described the Berlinale as “a cinematographic adventure freed from the pressure of marketing” and spoke of a cinematic “experience of abundance” which no other festival in the world could provide. This opulence is thanks to the Berlinale Shorts, the comprehensive Luis Buñuel Retrospective, the Homage to Francesco Rosi, and the numerous special series, which provided additional programme highlights with “War at Home- The Vietnam War in US Cinema”, “Rebellion of the Filmmakers” with works from Filmverlag der Autoren and the Culinary Cinema.

In his acceptance speech for the Silver Bear (best director), Paul Thomas Anderson praised the extraordinary atmosphere at the Berlinale and the informal way that Dieter Kosslick managed the festival, as if he was throwing a “party in his living room”. But also the city of Berlin played its part in making the Berlinale 2008 a success and highlight in the festival calendar: “Berlin’s scene, Berlin’s culture and history have a one-of-a-kind quality which secure the success and survival of the ever-growing festival circus. It is the myth of Berlin which is recharged year in, year out.” (Tagesspiegel)

Facts & Figures of the Berlinale 2008