“Just between us Europeans: Isn’t it high time that we asked why audiences are giving our films the cold shoulder?”… Are our films perhaps too loquacious, too grandiose? Is it possible that we have perhaps lost touch with our values?… Yes, I know – to ask such questions, means to commit a crime…[But] there’s nothing worse than to remain quiet out of convenience.”– Moritz de Hadeln shows claws against the permanent criticism, that the Berlinale is too servile to Hollywood. 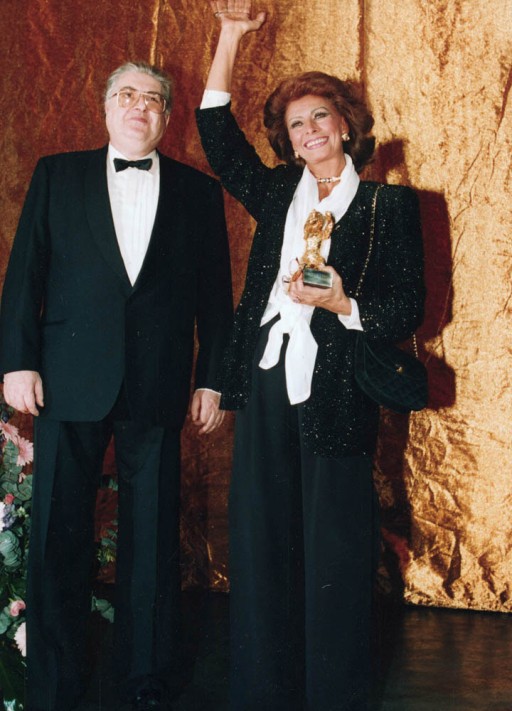 The decision issue for the film industry in the previous year were the GATT negotiations, which were intended to put trade in cultural products on a new footing. When it came to film, many observers believed this to be a fateful decision on the integrity of European cinema in opposition to the economic superiority of Hollywood. The American negotiator Jack Valenti hadn’t been able to push through all points of his agenda, and so the mood at this Berlinale was marked by the strengthened self-confidence in European film. At the same time, European discussions would often descend into protectionism. On the fringe of the festival a conference took place at which European filmmakers and media policymakers agreed upon a 15-point catalogue on the “rescue” of European film.

And so special attention was lavished on the European films in the festival programme and, indeed, this year they cut a good profile. Ken Loach’s Ladybird, Ladybird, Krzystof Kieslowski’s Trzy kolory: Biały | Three Colours: White, Alain Resnais’ double feature Smoking - No Smoking and Jim Sheridan’s Golden Bear winner In the Name of the Father were true festival films – grand, passionate, narrative cinema. In the other sections too, European films provided plenty of material for discussion. Eric Rohmer’s L’Arbre, le Mairie et la Médiatheque | The Tree, The Mayor and the Mediatheque, Jacquette Rivette’s Jeanne La Pucelle and the raw Irish entry High Boot Benny by Joe Comerford were outstanding works shown at the Forum.

“That two totally different directors like Sheridan and Comerford at the end of the day offer the same conclusions and send their heroes off to fight, is characteristic of the mood amongs the intellectuals of the country,” wrote the former Berlinale director Wolf Donner in the “Frankfurter Allgemeinen Zeitung” on In the Name of the Father and High Boot Benny. Such thematic interconnections between the sections were many this year. With so much diversity, seldom before had the Berlinale left one with such a forceful impression. 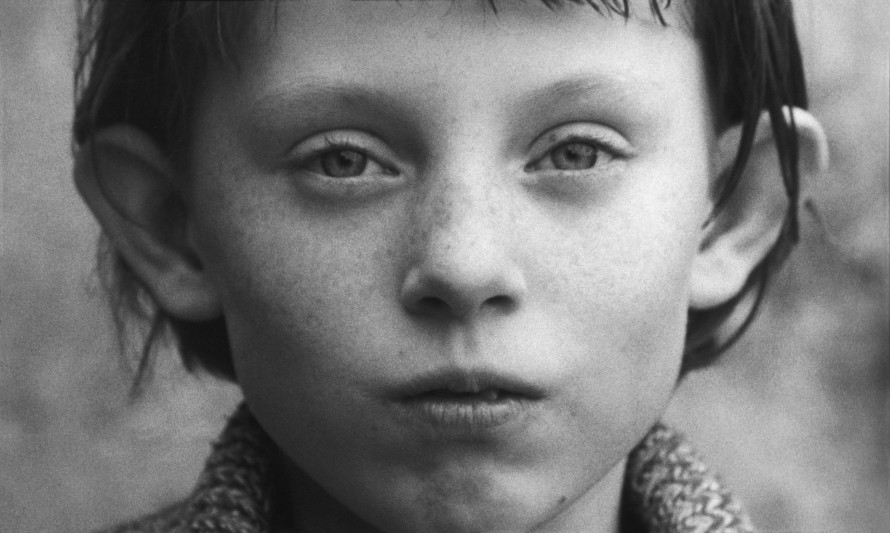 Berlinale at 100%: Diversity, quality, discoveries and a wide open window to the East

The Forum and Panorama even managed to keep open the window to the East with a “Country Focus Mongolia” (Forum) and the “View to the East” (Panorama), without stepping on one another’s feet. Kira Muratova’s surreal, light comedy Uvletschenja | Passions and Nikita Michalkov’s long-term observation Anna: 6-18 in the Panorama, Vitalij Kanjewski’s Nous, Les enfants du vingtième siècle | We, the Children of the 20th Century and Béla Tarr’s powerful, monolithic opus Sátántangó | Satan's Tango in the Forum, plus Aleksandr Sokurov’s Tikhiye stranitsy | Whispering Pages and Semyon Aranovich’s God Sobaki | The Year of a Dog in the Competition: What was begun in one place was taken up in another, it appeared. Themes reappeared, images were repeated, the dream of one film could be the awakening of another. Spread across the festival, Eastern European cinema impressed and shocked with class and radicalism.

After the convincing previous year, the 1994 Berlinale was a true success. In the eyes of most observers it had everything that a good festival needed: a large number of outstanding films, thematic focuses, regional profiles. The stars showed up – besides the directors and stars of the Competition, they included Samuel Fuller, Bernardo Betrolucci, Liv Ullmann, Isabella Rossellini and ahead of everyone else and omnipresent: Sophia Loren, who was honoured for her lifework with a Honorary Golden Bear. There were also several tangible surprises: such as Pas trés Catholique | Something Fishy by the French Tonie Marshall in the Competition, but especially the Cuban comedy Fresa y Chocolate | Strawberry and Chocolate which casually and with bounce portrays the fears and taboos of contemporary Cuba and received the Special Prize of the jury. The big discovery in the Panorama was Linda Fiorentino, the lead actress in John Dahl’s neo-noire thriller The Last Seduction.

Bears are loose in the Kinderfilmfest

In the Kinderfilmfest, an Australian film was a great surprise: In Mathilda Bell David Elfick tells the story of a girl whose family is forced to swap the raw paradise of the Australian heartland for the bleakness of the big city. The film thrilled the audience, the press and the film industry alike. Elfick’s film was the first winner of the Crystal Bear, the newly created official prize which was to be presented by the Child’s Jury from then on – a sign of appreciation for the work of the young jurors, but also of the increasing significance of the Kinderfilmfest.

At this Berlinale the Forum again offered the privilege of being able to see films that reject any commercial compromise: three, four, ten-hour works, that give their stories the space that they require, and the viewers the pleasure of being able to watch images at work. Besides Béla Tarr’s Sátántángo were two German documentaries: Barbara and Winfried Junge’s Das Leben des Jürgen von Golzow and Volker Koepp’s Die Wismut. Just here, in dealing with East German reality, through hast and ignorance, so much had already been destroyed. 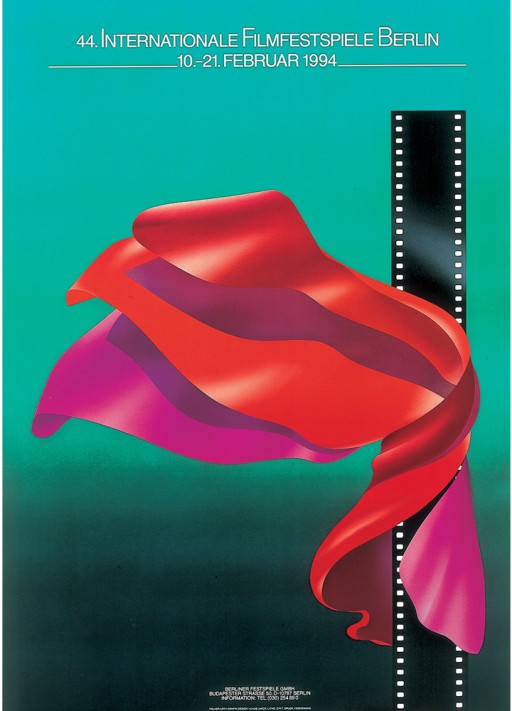 The festival's budget no longer fits its status

The success of this Berlinale was all the more surprising, since it had had to cope with drastic budget. After suffering from across the board budget cuts in culture, the latest reduction of 500,000 deutschmarks was a serious threat to the festival. With a permanent staff of just eight people, in terms of infrastructure, the festival was a “midget” among the festivals. Another problem was the fact that the Berlinale still had no festival centre – it lived by “subletting”, which became increasingly risky and expensive for such a large festival.

The meagre facilities of the Berlinale in comparison to other festivals, was a permanent problem and stood in contrast to its growing international importance. Under the management of Beki Probst, the film market had developed into one of the most important marketplaces for the European film industry and the Berlinale was, according to a survey, for producers, the most important festival after Cannes – ahead of Venice.

The debate was about the public valuation of culture and the fact that well-intentioned speeches too seldom led to action, or in other words, money. The federal government and Berlin would shift responsibility back and forth to one another. There were also constraints of infrastructure, which at the end of the day had to do with political assumptions. Sponsoring as a source of income was still underdeveloped and was to gain in significance in the coming years. And perhaps it was during this "meantime" that Moritz de Hadeln first dreamed of moving the festival to Potsdamer Platz – such as the time when he showed Sophia Loren the red Infobox which documented the construction of the “New Berlin”.