"Films of the one hand and the other, films that showed both sides, films in which the commercial character was compensated for by the artistic (and vice-versa), middle class films, and this also means for a middle class audience." – Film critic Peter W. Jansen in the "Frankfurter Rundschau", commenting on the films in the Competition which were now seen in contrast to its "rival", the Forum. 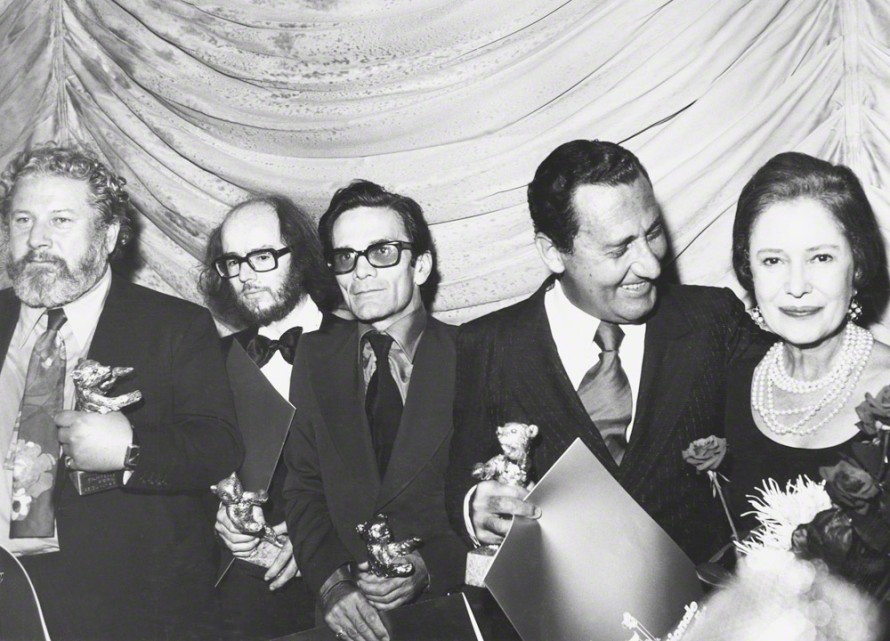 Officially, Alfred Bauer had resigned himself to the Berlinale being divided into the Competition and the International Forum for New Cinema. It was clear to insiders however that he was merely trying to salvage the peace, and was personally in no way convinced that the new arrangement made sense. He felt that the Competition was being unfairly disparaged, accused his critics of tunnel vision, and argued that the enormous attraction of an international Competition was vital for the festival.

In fact, the visitor numbers were on his side: While the media’s attention was primarily focused on the Forum, the Competition drew four times as many people into the cinemas. Bauer’s estimation that the Forum had “no international appeal whatsoever” and, “as a seminar with the exclusive goal of creating political awareness”, had “only local significance”, clearly showed how great the distance between the two camps still was – proving the importance of the discussion that it had been the Forum’s goal to promote in the first place. Bauer’s criticisms were voiced in the tenor of the “parents’ generation”, which was suspicious of the progressive tendencies of the young. 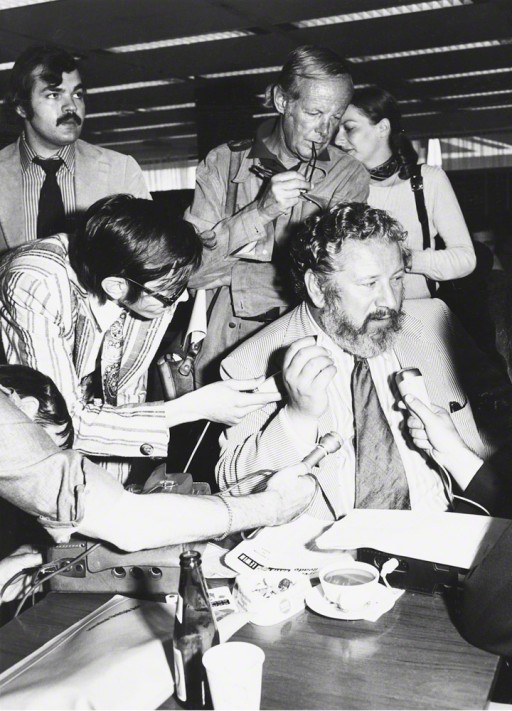 Peter Ustinov, who was awarded the Silver Bear for an outstanding artistic contribution for his film Hammersmith is Out

In retrospect it is not difficult to recognize the conflicts within the festival as reflecting the atmosphere in the culture at large. The activities of the terrorist RAF (Red Army Faction) had provoked a radicalisation on all sides. The climate in the media was becoming rougher, the tone used in the debates harsher, and the tendency to polemicise was increasing. In an article for Die Zeit, the journalist und future festival director Wolf Donner described the conflict between Competition and Forum as a choice of conscience between “plush” and “politics”: “The difference really is striking: At the Competition you have red plush, announcements in three languages, stars with bouquets, fancy people, a kind of forced festiveness. At the Forum – more beards and longer hair, scruffy attire, an informal atmosphere, debate.”

two-world characterization shows that the signs of the times marked the everyday atmosphere at the festival, and were also perceived as such. The dividing line between establishment and anti-establishment could still be clearly seen. The conflict was intensified by the undeniable weakness of the Competition programme that year – in contrast to a selection of exciting, and largely even outstanding, films in the Forum. The Competition line-up (including films by Peter Ustinov, Marco Ferreri, Arthur Miller, Rainer Werner Fassbinder, Zin-Uh Zeong and Pier Paolo Pasolini) tried all too obviously to steer a middle course and thus, more often than not, succumbed to mediocrity. The Golden Bear awarded to Pasolini’s Racconti di Canterbury | The Canterbury Tales was regarded as a stopgap measure; after all, Pasolini had already proven his genius on numerous other occasions.

The Forum films on the other hand showed contemporary themes, documented the political struggles of the time, told personal stories of failed lives and spoke in blunt and uncompromising terms. The idea of showing some of the contemporary films side by side with older, thematically similar works, testified to the high historical and intellectual standards of the Forum, and was positively received. Friedrich Luft – a critical observer of the festival and notorious for his radical demands – advocated doing away with the Competition entirely in favour of the Forum. Even the generally more circumspect Karena Niehoff did not want to take up the cudgels for the Competition this year and declared the Forum the “real winner” of the festival.