The opening titles say Carlos Conceição was born in Africa and left for Europe in his teens, his mother stayed behind. She said she wanted to adopt a bird that would live for 150 years, but only if he would take care of it when she died. The landscape the young man flies over afterwards can only be Africa too, mountains and great plains, antelope herds, earth the colour of an impossible clay. A woman speaks to him in voiceover when he lands, imploring him to come find her without delay and thus a journey begins. There will be roads, cities, boats and all manner of shimmering landscapes, although the path isn’t linear but governed by gleeful digression, folding back on itself, snaking through past, present and future and wandering off into different genres, as the size and texture of the image shifts and piano or violin replace synths. We see the man as a ruff-wearing colonialist, a gun-slinging cowboy, an astronaut in a retro spaceship, or just a hipster in jeans and sunglasses, but otherwise little changes, even as the end is nigh. He keeps on moving, the same playful, melancholy thoughts in voiceover, the same solitude, the rushing of the wind, the voices of birds.

Born in Santa Clara, Angola in 1979. He earned a PhD in English and studied Film Directing and Sound Design. After several video installations and short films, he made his first feature-length film Serpentário. 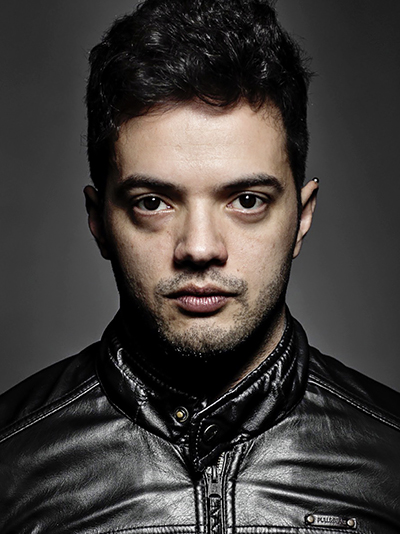