All on a Mardi Gras Day

Demond Melancon is a Black artist who lives in New Orleans. Due to the radical gentrification that took place after the catastrophic flood, subsequent reconstruction and restructuring of the city, the artist was forced to leave his neighbourhood. He now lives in one of the poorer districts, far from the city centre. Melancon’s artistic focus is on beadwork, using it to depict African and American history. These allow for a new reading of events and a different view of people, quite literally linking the past with the symbolic world, colours and surfaces of the present day. Michal Pietrzyk accompanies the artist in the weeks leading up to Mardi Gras Day, the French version of Carnival Tuesday, which has been celebrated in New Orleans for centuries. Parades snake through the city, led by Big Chiefs. Melancon is the Big Chief of the Young Seminole Hunters, a ‘tribe’ hailing from the Ninth Ward district. His job not only entails wearing the loveliest and finest of costumes, but also keeping the group together and leading them throughout the year. Melancon shines in his role and through his art!

Born in Poland, following his father’s imprisonment as a member of Solidarność, he and his family emigrated to the USA when he was two. He began his career as an editor of unscripted TV, moving up to the position of field and then executive producer. He has produced over 130 hours of programmes for National Geographic, Discovery and Travel Channel, often in remote, dangerous locations. His most memorable projects include spending Christmas interviewing a cannibal in a maximum security prison in Russia. All on a Mardi Gras Day is his first independently produced documentary and his directing debut. 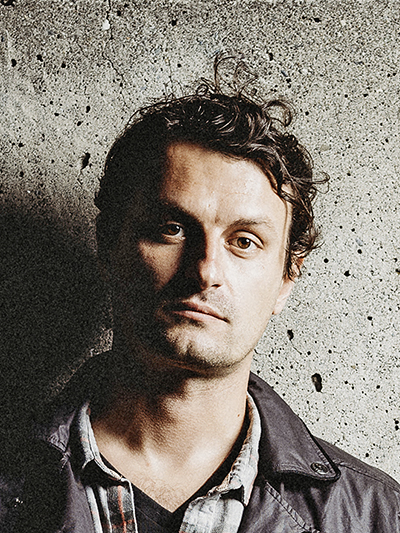