The lovers are reunited at the airport and soon they’re together in the white bedroom. The camera glides through the space, passing by desk, wardrobe, window and two bodies entwined, the first wonderfully languid pan in a film full of them. One reads to the other, in German, from Ronald M. Schernikau’s novel “So schön” and the passage could almost be describing this very scene, although it’s New York in 2018 rather than West Berlin in the 80s, and Franz and Tonio have become Franz and Tonia. The rest of the adaptation is in English and exposition is provided by other sections of the text, delivered at a reading attended by the modest cast, put on in the park beside the river, below the metal bridge. Between those events written down, life consists of nights out, political demonstrations, hopeful couplings, conversations at home or on the street, talk of translation, transposition and transition, in character or otherwise. Today’s battleground is gender, not sexuality and the target of protest has shifted accordingly, even as the problem of organising love persists. “and when the prince danced with the coachman, they were so pretty that the whole court swooned”. A utopian film.

Born in 1988, she works as a film director, editor, colourist and critic in New York. 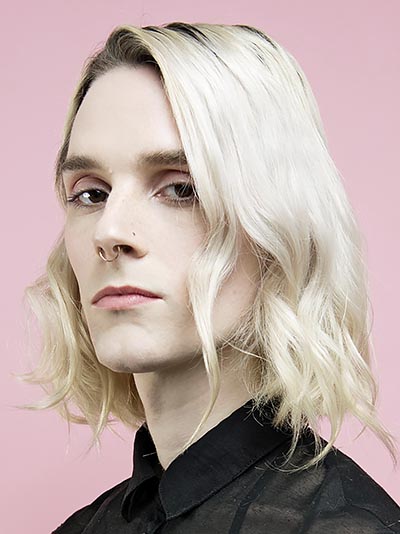