Aidiyet is a contemporary thriller that maps out a criminal case, though it’s the very opposite of a genre film. In a voice-over delivered in the sober tone of a confession, a man reconstructs the murder of his future mother-in-law. Acting on the wishes of her daughter, his lover, he hired a contract killer to murder her because she opposed their relationship. All that the film shows are the many locations that make up the tragedy: a tidy apartment, the bus station in Ankara, the parking lot, the hallway, the murder victim’s bed… On the way back to Istanbul, the motorway by night becomes a screen onto which the terrible inner torment of someone with a life on his conscience is projected. Then the film changes perspective and shows how the lovers met and what preceded the bloody deed. These seemingly harmless images and conversations become charged by the viewer’s prior knowledge, as if in a psychosis. Why did the mysterious Pelin hate her parents so much? That’s a question the film doesn’t answer. In Aidiyet, Burak Çevik conducts an elegant, exciting, and instinctual experiment with the detective impulses of his audience.

Born in Istanbul, Turkey in 1993. He completed his studies in Film and Television at Istanbul Bilgi University in 2016. After his debut, Tuzdan kaide, Aidiyet is his second feature-length film. 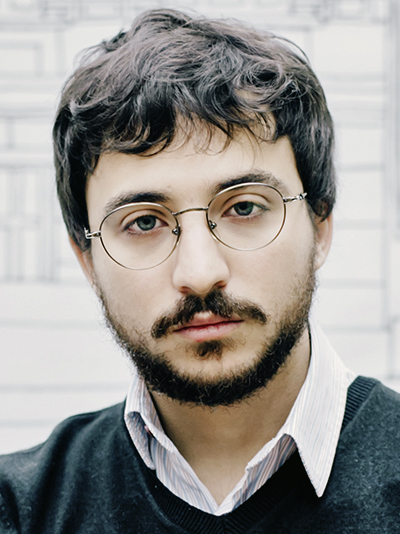