The film industry is worried. Television is back with brand new series formats. Apps such as Instagram, YouTube and Snapchat are now providing us with moving images around the clock. Filmmakers have to come to terms with all these phenomena that are now influencing their work and determining the viewing habits of their audiences. The challenge is to reach an audience that is being flooded with images and stories. Should cinema adapt to the aesthetics of small screens and serial storytelling, deliberately ignore these formats, or play around with them? 15 German-speaking directors, all of whom made their cinema debut in the last ten years, are left alone in a hotel room with an (as yet, to them) unknown proposition about the future of cinema. They are left undisturbed, with two cameras and 66 seconds to respond to the proposition. 6Minutes66 references Wim Wenders’ 1982 film Chambre 666 in both form and content. For his film, Wenders invited directors to a hotel room during the Cannes film festival and asked them to respond to a theory he had previously formulated.

Born in Rostock, Germany in 1987, he is an actor who rose to prominence with his role in Katrin Gebbe’s debut feature film, Tore tanzt. Since then he has appeared in films and series which have been national and international successes, including Peacock, Lou Andreas-Salomé, Axolotl Overkill, Babylon Berlin and Das Boot.

Born in Odessa, Ukraine in 1989, she is an author and co-founder of the Zimmer Zwei writers’ collective. Having studied at Oxford University and at the Berlin University of the Arts, she is currently working on novel and screenplay projects. She is making her directing debut together with Julius Feldmeier with 6Minuten66. The couple lives and works in Berlin. 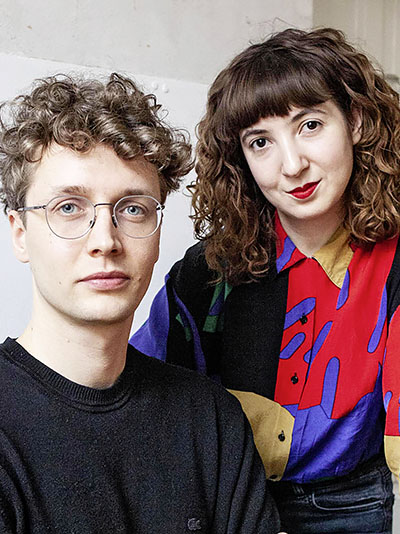