The hospital in Fortaleza, Brazil, is so overcrowded that 70-year-old nurse Pedro cannot find a bed for his transgender friend Daniela, who is suffering from kidney failure. Without further ado, he secretly takes a wounded young man, who is under police guard on suspicion of murder, to his home and instead gives the young man’s hospital bed to Daniela. In spite of the young man’s past, a tender, physical relationship develops between the caring Pedro, whose passion for the actress Greta Garbo even influences his sex life, and Jean, his convalescent house guest. When they go to the gay sauna, Pedro is the oldest person there, prompting Jean to call him ‘my old cocksucker’. But how seriously should Pedro take Jean’s stories? And what exactly are the young man’s intentions?
Armando Praça’s affectionate and dignified cinematic debut Greta tells a tale of friendship, love, sex and age. Surrounded as he is by sickness, death and other disasters on a daily basis, Pedro is possessed of the kind of strength of character that means he is not easily fazed. Not even when he makes a surprising discovery about Jean.

Born in Aracati, Brazil in 1978, he is a filmmaker and sociologist who has worked as an assistant director, screenwriter and acting coach for renowned Brazilian directors including Marcelo Gomes, Karim Aïnouz, Márcia Faria, Sérgio Rezende, Halder Gomes and Rosemberg Cariry. He himself has directed several short and mid-length films including A Mulher Biônica (The Bionic Woman) which screened at the Festival du Court-Métrage de Clermont-Ferrand. Greta is his debut feature film. 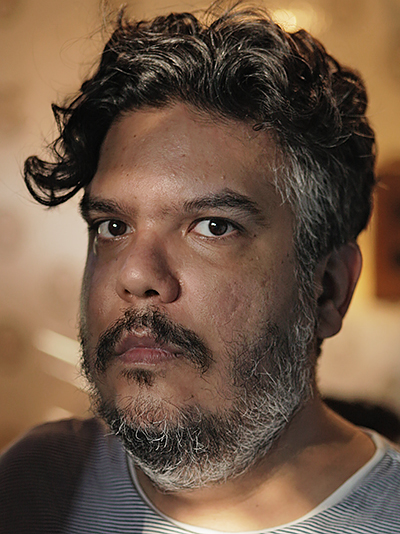