Film Beyond Cinema: The Dumpster Kid Experiment and Other Utopias

For over half a century, the filmmaker Edgar Reitz, one of the signatories of the Oberhausen Manifesto and a pioneer of epic film narration, has explored, as a practitioner and theoretician, the rules and limits of cinema, which he always seeks to break and extend in new ways. One example of his tireless search and research are the Geschichten vom Kübelkind, which he co-directed with Ula Stöckl in 1969/70, 22 absurdly funny, subversive and anarchistic short films of different lengths, which consciously oppose all conventions, with incredible success. The films remain unrivalled in their Dadaistic inventiveness.
The documentary Der Film verlässt das Kino: Vom Kübelkind-Experiment und anderen Utopien centres on how the Geschichten vom Kübelkind, now rediscovered and restored, actually came about. Edgar Reitz, Ula Stöckl, Werner Herzog, Alexander Kluge and other filmmakers and contemporaries look back on the conditions that made this and other such visionary projects possible 50 years ago. They are all concerned with the question: What will the future of moving pictures look like?

Born in Greven, North Rhine-Westphalia, Germany in 1954. He has been a writer since the 1970s. Along with Joe Hembus, he co-wrote a history of the New German Cinema. In 1999, he made his first documentary. For 25 years, he was a programmer for the Munich Film Festival, and he is currently a consulting producer for The Criterion Collection in New York. 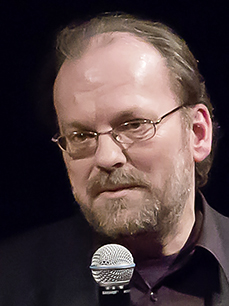