In April 2017 Japanese composer, pianist and music producer Ryūichi Sakamoto made a guest appearance for two evenings in the Veteran’s Room, an intimate, 200-seater hall at the Park Avenue Armory in New York. Stephen Nomura Schible recorded this concert with his camera. His film shows the award-winning film composer, whose unusual soundtracks have left their mark on dramas such as The Last Emperor and The Revenant, inventing his spontaneous ‘asynchronous’ music. We see him in action with various electronic instruments, a grand piano without a lid, a guitar and a glass panel. The resulting chords sound like a cosmic, angelic chorale. In addition, a huge screen mounted on the ceiling of the room above the grand piano translates the melancholic, contemplative sounds that float into the air into black-and-white images, engendering the kind of free-fall associations reminiscent of early avant-garde film. Sakamoto’s New York concert was interpreted by critics as an homage to life itself. After his own battle with cancer, the composer seems to be asking with his dreamlike music what it means to defy death. Sakamoto is a member of the International Jury at the 2018 Berlinale.

Born in Tokyo, Japan, he studied film at New York University. After working as an assistant director for the documentary filmmaker Kazuo Hara, he became a producer's representative on Japanese films such as Shinji Aoyama’s Eureka and Naomi Kawase’s Firefly. He also oversaw international co-productions such as H-Story by Nobuhiro Suwa and co-produced Sofia Coppola’s Oscar-winning drama Lost in Translation. He directed and produced Eric Clapton: Sessions for Robert J. In 2017 he made Ryūichi Sakamoto: Coda which premiered at the Venice International Film Festival. 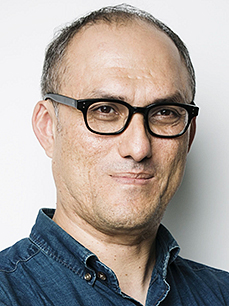