After a long time away, Yoon-hee returns home from Canada to look after her mother, who has Alzheimer’s. As she smokes a cigarette while waiting for the bus at the airport, she recognises the voice of her love from student days, Jung-soo. The two arrange to have dinner.
Airports are places of reunion and thus point to these two lives in transit, to the feeling of being a mere visitor in one’s own life. As the two walk through Seoul in winter, there is mainly silence, with only a few facts exchanged. Now in their late 40s, they were part of a theatre group when they met and the film succeeds in bringing their lives back to the stage without seeming static or theatrical. It is not grand words, but much more the lowering of eyelids, the nuances of emphasis, the open and reserved gazes, which betray the sense that their lives haven’t gone as they would have liked. Sometimes looking back into the past reinforces the melancholy, sometimes it creates clarity. And sometimes a film needs nothing more than an attentive camera and the director’s empathetic gaze. 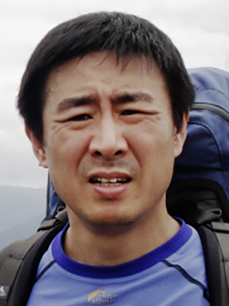