The Soviet Memorial in Treptower Park is among the most impressive of the monuments commemorating the Second World War in Berlin. Each year on May 9th, the day of the Red Army’s victory over the Nazis, the memorial becomes the setting for a vast gathering.
This film documents the proceedings from early morning, when a small group of visitors enter with their dogs, pulling a little wagon carrying a portrait of Stalin, to the evening, after the last patriotic songs have been sung, the selfies with flags sent, the vodka drunk and the speeches have faded away. The camera is always in the thick of the action, both inspired and propelled by an atmosphere that is a mixture of pride and reflection, patriotism and a desire for recognition, shame and typical Berlin curiosity. The spectator becomes aware of just how choreographed each of the actions here are, whether performed by young or old, women in traditional costumes or men in uniform: on this date the memorial reveals its power as a cinematographic magnet, revealing how, even 72 years after the end of the war, an infinite number of lifelines intersect and are defined from exactly this spot, stretching out over Berlin and far beyond.

Born in 1964 in what was then the Byelorussian Soviet Socialist Republic, now the Republic of Belarus. He grew up in Kiev, and graduated with a degree in Applied Mathematics. In 1997 Loznitsa graduated from the Russian State Institute of Cinematography (VGIK) in Moscow. He has directed eighteen documentary films and three feature films since 1996. 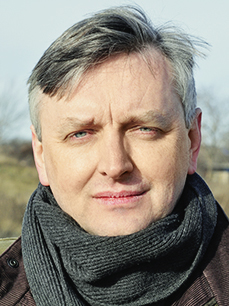