Maki observes the sapeurs with a mixture of amusement and scorn. They’re all the family she has, this group of young men who use the streets of Kinshasa as their stage, showing off their wild mix of street chic and stolen designer fashions. Maki has been on the streets a long time and is married to Mbingazor, the gang’s boss. But at some point, the 19-year-old has had enough of this gang of boys, who are too busy getting high and drunk to do anything with themselves. Survival must be secured. The next time money for food runs out, Maki crosses paths with the much younger Acha. This newcomer is a fresh arrival in Kinshasa, and doesn’t yet know the rules. Spurred on by Acha’s beginner’s luck as a thief, the pair set off on an adventure together, which soon arouses Mbingazor’s jealousy.
This debut packs in a whole lot: The drama of the story, the raw opulence of the setting and street cred of the actors are all striking cinematic statements. Machérie Ekwa Bahango is part of a group of young filmmakers in Kinshasa working to revitalise Congolese cinema and create works that equally appeal to their own home audiences.

Democratic Republic of the Congo / France 2018

Born in Kisagani, Democratic Republic of Congo in 1993. She took screenwriting and film directing workshops while studying Law. In 2016, she wrote six episodes of the series Nakisa: Lobi mokola ya sika, which was financed by the American NGO Search for Common Ground. Maki’la is her debut film. 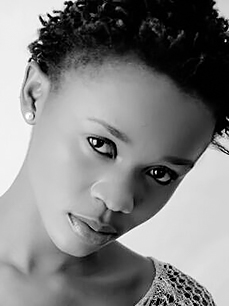