Following on the heels of Lick Us, Meow, Meow! (Generation 2016) Marie de Maricourt’s back with another dazzling rebellion involving sexual identity. There’s no space for Sarah’s desires under her parents’ roof – the prevailing climate in the bourgeois household feels more constricting to the young woman than her wheelchair. With the aid of a furtive accomplice Sarah finds ways to transform her gloomy abode into a veritable pleasure dome.

Born in Paris, France in 1987, she graduated with a technical degree in the audiovisual field, specialising in editing. In 2017 she received a BA in Film from the Geneva School of Art and Design (HEAD). She has made six films to date. 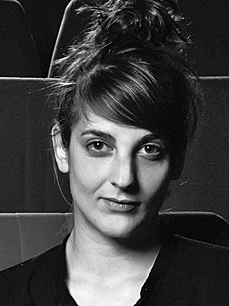