The Tundra Book. A Tale of Vukvukai - the Little Rock.

Vukvukai is a respected elder in his Chukchi community of reindeer herders. He is always ready to speak his mind and make keen observations in his straightforward extroverted tone, or to share captivating stories full of allegories and wisdom with his extended family. With his playful energy, the 72-year-old maintains a buoyant atmosphere in the group. He endeavors to keep their nomadic traditions alive by passing on his knowledge while the continuity of the Chukchi legacy is being imperiled by Russian politics. Told in twelve chapters, alluding to the months of the year, Vukvukai narrates a tale of the self-proclaimed reindeer people, their constant struggle for survival and preserving their way of life in an icy wonderland. Unobtrusive and respectful, the film is a close study of a people whose life is profoundly connected to their beautiful reindeer, as well as the utterly unforgiving weather conditions of the vast Tundra.

Upon graduating from the Director’s Department of the Russian State Film School (VGIK) in 1996, he launched his career with a documentary entitled The Time When Dreams Melt. He continued to film his best work in his native land, focusing on the lives of the local people. These works include The Birds of Naukan, The Island, The Hunters of Cold Shores and The Book of the Sea as his latest project. One of his works, The Tundra Book, was the recipient of the prestigious Nika Award of the Russian Academy of Motion Pictures Arts and Sciences for Best Documentary of the Year. Since 2009, Aleksei has been at the helm of his own production company, High Latitudes, which continues to focus on the Indigenous peoples of the North. 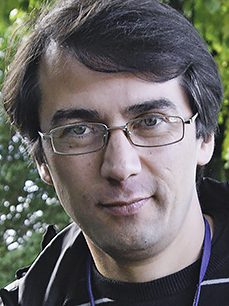