A Heart of Love – Director’s Cut

Serce Miłości – Director’s Cut is a music film about love. It tells the story of the relationship between two Polish artists, Zuzanna Bartoszek and Wojtek Bąkowski. She is a poet ahead of her artistic debut; he is an established artist and musician. Two outsiders, unlike anyone around, but very much alike. Just like in a virtual environment, they create their own particular world, in which everything can be designed and controlled. Everything but their own feelings. They love each other but at the same time they become artistic rivals.
Serce Miłości – Director’s Cut is an attempt to examine the narcissism of contemporary young people who are part of Poland’s artistic bohemia in the age of social media and consumption. Do the partners truly love each another or are they merely fascinated by their own mirror reflections?
Serce Miłości – Director’s Cut continues Łukasz Ronduda’s series of artists exhibitions in film form. Filled with contemporary music, poetry, and art, the film observes the exotic and artistic subculture of two outsiders living in a modern metropolis, in which big-city love and art intermingle.

Łukasz Ronduda, born in 1976 in Poland, is a Warsaw-based curator, writer, scriptwriter, and film director working on the interface between contemporary art and cinema. He is a graduate of the directing program and script program at the Wajda School. Together with Maciej Sobieszczański he directed and wrote the film Performer. Ronduda is a curator in the Museum of Modern Art in Warsaw. 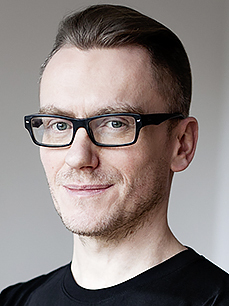