Aoi is a young nursery school teacher whose fiancé leaves her. Her friend Michiko works in a call centre and has ‘lots of free time, but little freedom’. She no longer interacts with her husband, aside from the occasional sad blow job. Then there’s her attractive tennis teacher Masaki, with whom she’s having an affair that’s conducted when they’re pulled up in parking lots. And finally there’s his friend K., a self-proclaimed genius with authoritarian tendencies. Four people in the vast city of Tokyo united by their love of music. Fate brings them together in a remote abandoned warehouse to work on experimental sounds in an improvised recording studio. Yet the important thing is not the piece itself but the path they take to get there, which means working on one’s psychological issues in creative fashion, even as they generate friction with those of the others.
In his fourth feature film, Kohki Yoshida precisely dissects the mechanisms of creative energy: personal frustrations, vanities, egotism. He asks why the joint creative process is linked to such pain. With elegance and keen perception, Mittsu no hikari shows how harm can lead to ambition – and ambition to harm.

Born in 1980 in Tokyo. He studied Film at Zokei University. 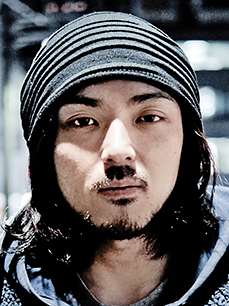