Ji-hyeon is on his way home after a job interview in Seoul. A man and a woman who don’t appear to know each other so well sit down next to him on the train. The film first follows Ji-hyeon and then the couple. It doesn’t tell their stories as much as it accompanies the characters for a section of their journey. They are all headed to Chuncheon, a popular tourist destination in northern South Korea. For the young Ji-hyeon, it’s a place familiar to him from his childhood and adolescence, although he doesn’t want to spend his future there. On the evening of his return, he already hears that he didn’t get the job he’d been hoping for. The camera follows him, the two of them drifting together through a long, lonely night. The couple, who aren’t yet really a couple and may never actually become one, are taking a trip down memory lane. They sit in a restaurant, telling each other about their past loves, feeling very close for a moment. The light constantly changes as they speak. Sometimes the sky clouds over and sometimes the sun comes out, illuminating their faces. Autumn, Autumn is a reflection on the essence of a place. What does it do to people? What different feelings does it evoke?

Born in 1985 in Ulsan, South Korea. He graduated from the Hongik University School of Film, Video and Moving Image in Sejong. Afterwards he attended Dankook University in Yongin to study Directing at the Graduate School of Cinematic Content. 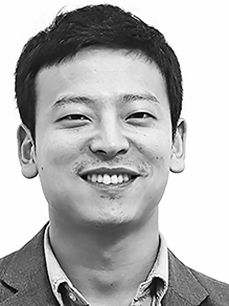