Reverie in the Meadow

A wide shot in the countryside, sheep, ambling from left to right, a car approaching from a distance, two people, early 20s, absorbed in a discussion. They kid around, enjoying themselves. Have just met. He has recently returned to Mexico from the United States and has moved back in with his family. He went there at age 17, but always missed his country, which is why he has returned. She has always lived where she lives. In just a few pictures and shots, director Esteban Arrangoiz Julien, who presented the documentary El Buzo at Berlinale Shorts in 2016, tells of the difficult living conditions in Mexico, of the violence that holds the country in its grip and of the extortion that many of the people in small towns and villages must face. In this cinematographic essay he combines fictional and documentary parts to draw closer to our concept of what it is that happens, really happens.

Born in Mexico City in 1979, he took degrees in media and cultural studies in Australia and in filmmaking at the Centro Universitario de Estudios Cinematográficos/UNAM in Mexico City. In 2012 he participated in Berlinale Talents. His short films have screened at national and international festivals. He has recently also begun creating video installations. 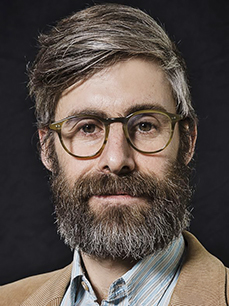