From the moment he co-founded the Hamburg Film Coop in 1967, until his death in January 2017, Werner Nekes was considered one of the most eminent experimental filmmakers. His extensive œuvre is closely linked to almost 40,000 optical apparatuses, objects, images, anamorphoses, books and documents from six centuries: like an archaeologist, he dug up and collected these items in order to explore film history as a history of media, make it tangible and continue to develop it in his films. In conversations with his friends and colleagues, among them Bernd Upnmoor, Helmut Herbst, Alexander Kluge, Klaus Wyborny, Daniel Kothenschulte and Helge Schneider, Ulrike Pfeiffer takes us on a journey into the broad expanse of Nekes' cabinet of wonder and his cinematic works. At the same time, this documentary provides an insight into the history of experimental film in Germany.
Nekes’ thoughts on painting, the moving image and the influence of visual perception on the way humans understand the world finds immediate expression in a cubistic dance film shot on 16mm, from which we’re shown extracts. Nekes talks about the film and likens the camera’s scope for design to the choices of action open to a child as it explores the world.

Ulrike Pfeiffer was born in Korbach, Germany and lives in Hamburg. After completing an apprenticeship as a photographer with Siegfried Wack in Cologne, she studied art photography at the University of Applied Sciences for Art and Design in Cologne from 1974 to 1978. Between 1979 and 1984 she took a degree in film at the German Film and Television Academy Berlin. Alongside her work as a cinematographer and photographer, she also makes her own films on 8mm, super 8, 16mm, 35mm and video. She is a guest lecturer at the Hamburg University of Technology, the University of the Arts in Bremen and the University of Fine Arts of Hamburg and has been a board member of Cinegraph - Hamburgisches Centrum für Filmforschung e.V. since 2009. 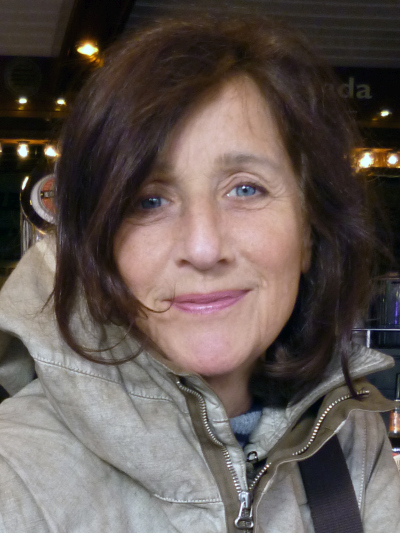