Off Frame aka Revolution until Victory

“… and for those who suffer from invisibility, the camera would be their weapon.” (Elias Sanbar)
Off Frame aka Revolution Until Victory traces the fragments of a revolution, combining images from a dream for freedom, using films from the Palestinian struggle cinema, a term used for films produced in relation to the Palestinian revolution between 1968 and 1982. For the outside world, these films represented a model of a people engaged in political struggle, explaining why they are fighting and against whom. But for Palestinians these films marked the transformation of their identity: from refugee to freedom fighter.
The Palestinian revolution collaborated with filmmakers, actors, and activists from Syria, Italy, UK, Lebanon, France, Germany, Argentina, and many others, and made partnerships with institutions in Berlin, Moscow, Baghdad, and Cuba. Despite their prolific output, very few of their works remain. The film brings together moments from a selection of these militant films into one timeline. The only coherent relation between all the shots, clips, and sequences is that they all straddle the borders between fiction and propaganda, dream and reality, in order to represent a narrative of a people in struggle.

Mohanad Yaqubi, born in 1981 in Kuwait, is a filmmaker and producer and teaches Film Studies at the International Art Academy in Palestine. He is one of the founders of the Ramallah-based production outfit Idioms Film and the research and curatorial collective Subversive Film, which focuses on militant film practices. He has directed and produced several short films, both fiction and documentary, which have been shown in international festivals. 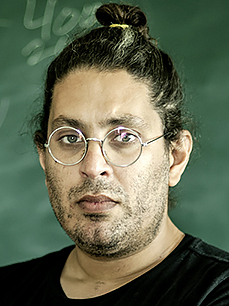