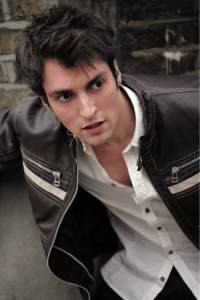 Following a chance encounter with a stranger, Adam, the hero of this film, finds himself under the surveillance of powerful unseen forces, who see to it that he loses his job as an IT trainer, and who watch his every move. Unbeknown to Adam, the stranger he met in the bar has planted evidence of a homosexual affair with a gay member of the British royal family.
Adam goes underground. In desperation he turns to the only people he feels he can trust - his father, and a reporter named Amy who was once his girlfriend, and whose heart he broke when he told her he was gay. Without the real means to do so, Adam embarks on a quest to uncover a scandal at the heart of Britain's establishment.
SURVEILLANCE is a fast-paced political thriller set in contemporary London. Shot in a style akin to that of investigative programme-making and using a handheld camera, the images of this film sometimes look as if they were recorded on hidden cameras or closed-circuit TV, begging the question: who is really doing the filming?