When A Man Falls In The Forest 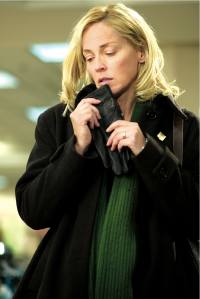 WHEN A MAN FALLS IN THE FOREST

This episodic drama embraces the lives of four unlikely heroes - three men and one woman - each consumed in a personal struggle to make sense of their lives that transforms them in ways they never imagined.
Karen tries to create some excitement in her frustrating married life by going on shoplifting sprees as well indulging in other, more dangerous things.
Bill has never been able to interact safely with the world around him. He keeps his distance and prefers to exist in a lacklustre state of self-imposed exile. This is a secret world where his dreams proffer a different sense of self, one where he embraces life, conquers his demons and where his encounters with others are powerful and sensual.
Frozen in a moment in time, Travis is able to reach out to others but not within, since he bears the guilt for a terrible tragedy which has scarred him forever.
Gary is also desperate to make a connection. He strives to bridge the gaps and find what is lost. In one defining moment he makes a startling and irreversible decision which irrevocably and unforgettably transforms him and everyone else.
Karen, the unhappy wife, finds salvation in thrills she knows are forbidden. To her, breaking taboos is empowering. It's all part of a seductive game in which desire leads to obsession and passion - to murder.