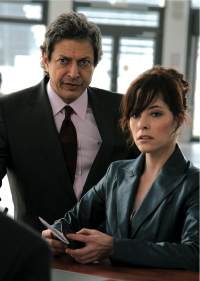 Fay Grim is a single mother from Woolside in Queens, New York. She has her hands full trying to ensure that her 14-year-old son, Ned, will not grow up to be like his father Henry. Seven years ago, Ned's dad accidentally killed a malicious neighbour, and is now on the run. To this day nobody knows his whereabouts. Fay's brother Simon used to be a garbage man. Now he's a world-famous poet serving a ten-year prison sentence he received for having helped Henry get away. In the isolation of his cell Simon has had plenty of time to think about the heady days he spent with his brother-in-law.
He believes that Henry's allegedly worthless autobiography - his "confessions" - contain encoded messages about atrocities committed at an international level during the second half of the 20th century. The CIA informs Fay that Henry died in a hotel fire in Sweden shortly after he disappeared in 1997. His notebooks are now in the hands of the French government. The agents blackmail Fay to search for her husband's books and bring them back to the USA. Fay soon begins to realise just how little she knew about Henry and learns that he apparently led another existence. On Fay Grim's journey from New York to Paris, and from Paris to Istanbul, this simple and well-meaning American learns more about the ways of the world than one individual can bear. The film is a sequel to Hal Hartley's 1997 work HENRY FOOL.