Our Man In Nirvana 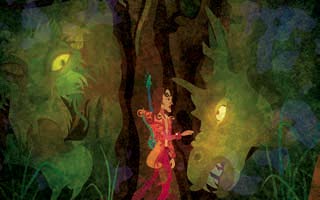 OUR MAN IN NIRVANA

A famous rock guitarist named John dies on stage and wakes up in Nirvana. Finding himself in a limbo populated by strange creatures and occurrences, he plays on his electric guitar – and manages to attract a woman. But Nirvana is only for those who during their lives managed to build a house, have a child and plant a tree. Thinking that he’d rather like to stay in Nirvana because of the woman, John does his best to produce all the right events from his memory…