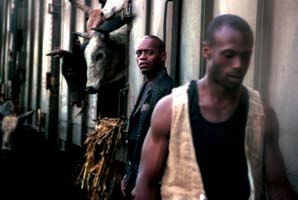 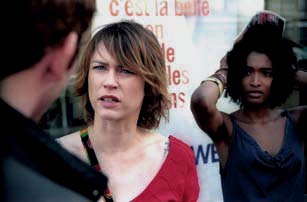 Two friends named Shad and Otho leave the Ivory Coast to find their fortunes in Europe. They hope to return to their land like shining heroes – just like the warriors in their ancestors’ myths. In Spain, the two start running a taxi service for other illegal immigrants, until, one day the police suddenly put in an appearance at a birthday party. Shad manages to escape, but Otho is arrested and deported to Abidjan.
Things look bad for Otho. Neither his friends nor his relatives want anything more to do with him. Desperate, he decides to use the money that Shad sends him from Europe. This money is actually intended for Otho’s sister, Pélagie, who is also Shad’s fiancée. Otho is determined to pay him back, but for the time being he invests the money in a number of creative projects that could prove promising – especially if he manages to return to Europe. He uses most of the money to help a young fashion designer who makes a living faking European designer clothing.
Meanwhile, Shad has now made it to London, where he is working – thanks to false documents. He meets Tango, a young French woman, who takes him with her to Paris. She’s convinced it will be easier for him to obtain documents and work there, and, if not, she’ll marry him.
But in Paris – where Tango’s family owns several hairdressing salons run by Africans – things do not go according to plan. Shad introduces her to a group of African immigrants, including the attractive Olga. Tango falls in love with Olga, and this leads to life-threatening complications…