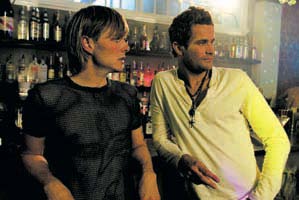 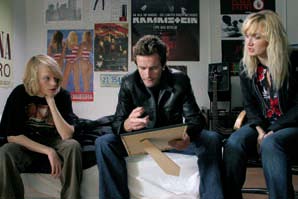 Óttar Thor is the undisputed star of Icelandic premier league football team, KR. All hell breaks loose one day when he innocently tells reporters about his homosexuality. Moreover, not only did he neglect to inform his ex-beau­ty queen wife and their teenage son about his decision to come out, it also completely slipped his mind to tell even his fellow team-members. The ensuing crisis is the final straw for a family already beset with problems and, at KR, Óttar suddenly finds himself on the list of substitutes. For this reason, the much-celebrated star decides to quit. But it is not long before he finds himself the centre of attention again, this time for a team of gay amateur football players, whose games he has been invited to watch by an old friend. The gay team’s new celebrity intake soon makes them talk of the town, but the club’s sporting abilities are in sharp contrast to their popularity. Most other teams refuse even to play friendly matches with them, so worried are they of being considered gay. Óttar’s son is also having trouble accepting his father’s homosexuality. In the end, KR’s manager decides that he simply can’t do without his star player. After much deliberation, Óttar agrees to return to his old club – on one condition: that KR play a game against the gay team. Róbert I. Douglas: “My film shows what it means to be gay in a society that values machismo, such as Icelandic society with its stereotypical image of men as hard-working, hard-drinking fishermen.”