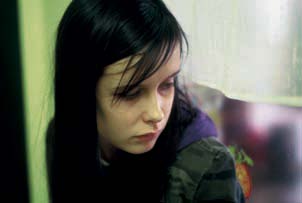 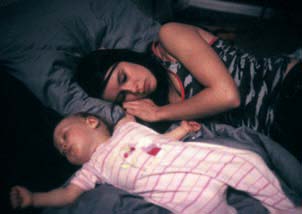 Eighteen-year-old Maggy has a baby, Lucy, eight months old. She has dropped out of school and broken up with Lucy’s father. Maggy still lives with her mother, who often takes care of the baby so that Maggy can occasionally meet with her girlfriends or go out for an evening. At a disco she meets Gordon and soon falls in love with him. He’s not much older than she is, but she is impressed by the fact that he earns his own living and even has his own flat. Maggy doesn’t tell him that she has a daughter, but when he finds out about the baby, it doesn’t seem to bother him at all, at first.
Eva is jealous of Maggy’s new relationship. They have a row, and without really thinking about it, Maggy takes the baby and moves in with Gordon. At the beginning Gordon gives her his support, but he soon feels hemmed in. When he suggests that Maggy should leave Lucy with her mother, she refuses, because she wants to prove to herself that she can make it. Gradually Gordon begins to withdraw from her. Maggy soon realizes that she must make a decision – one that will determine the rest of her life and that of her daughter Lucy.
For his second feature film – KLASSENFAHRT (SCHOOL TRIP) was shown in the International Forum in 2002 – Henner Winckler cast the very impressive young actress Kim Schnitzer in the role of Maggy, her first leading role in a film.