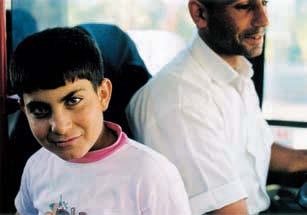 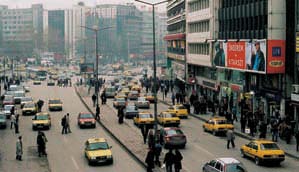 AUS DER FERNE is a personal travelogue, a documentary about a trip through Turkey. Thomas Arslan, who filmed the journey himself, undertook the trip in May/June 2005. The route takes him through Istanbul and Ankara to Gaziantep in the southeastern part of the country, from there further eastwards via Diyarbakir and Van to Dogubayazit near the Iranian border.
The film describes moments during the journey that differ from the usual motifs that inform the image of present-day Turkey – from impressions of day-to-day life in such Western cities as Istanbul and Ankara all the way to regions in the country’s easternmost territory that were locked in battle until recently. AUS DER FERNE is not a journalistic reportage. The film is not trying to prove anything, but rather to observe. It is the personal look of the filmmaker at this country.