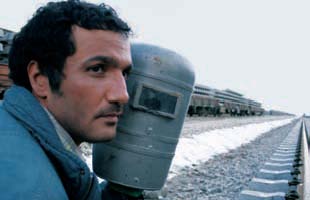 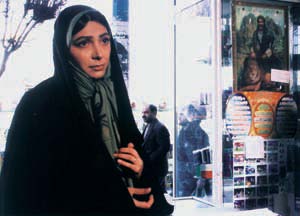 A gang of boys in a suburb of Tehran come across an audio tape recording. Curious, they decide to listen to the tape and by doing so, learn the sad story a young couple.
Mahmoud is a welder working for the railway. He truly loves his wife, Pari, who is suffering from mental problems. One day, Mahmoud discovers that Pari has disappeared and has not been back to their apartment for more than a week. He decides to leave work in order to look for her.
During the course of his wanderings about the Iranian capital he meets a wide variety of people. However, most of these encounters are unpleasant. Many of those he meets respond to his plight in an unfriendly, uncaring, even malicious manner.
A psychiatric illness, a runaway spouse… Just as in his feature film debut, UNFINISHED SONG, about harassed singers in his native Iran, Maziar Miri’s second feature also touches on social taboos.
For if Mahmoud fails to find his wife, he will have real problems as far as his social status is concerned…