© Altertise
Lidija does not have an easy job, but she goes about it, assertively and efficiently, 24/7. As the go-to girl working for a dubious real estate company, her brief includes everything from evicting people from their flats to working hand-in-glove with her boss to cheat and bribe. She currently finds herself on a major building site supervising a group of illegal construction workers and making sure that everything looks good to the outside world. But while she is putting on a brave face demonstrating to TV cameras how the firm is complying with European safety standards, in reality there is a rebellion afoot. Derided by the others as a yes-man, foreman Braco is sidelined as a worker nicknamed the “professor” becomes the real authority, leading the labourers in their struggle against subjugation and constant humiliation. Theirs is a fight to the death in which Lidija, too, must finally decide whose side she is on.
Miloš Pušić demonstrates a light-handed touch in this portrait of corruption at the expense of those who are bled dry and cheated. This is no lament, but instead packs a real punch. Quo vadis, Aida? star Jasna Đuričić shines as the stern face of a battered generation.
by Miloš Pušić
with Jasna Đuričić, Boris Isaković, Predrag Momčilović, Stefan Beronja, Aleksandar Đurica, Bojana Milanović, Ervin Hadžimurtezić, Mihajlo Pleskonjić, Filip Đurić, Peđa Marjanović, Marko Vasiljević, Radoslav Vojnović Serbia 2022 Serbian 85’ Colour World premiere 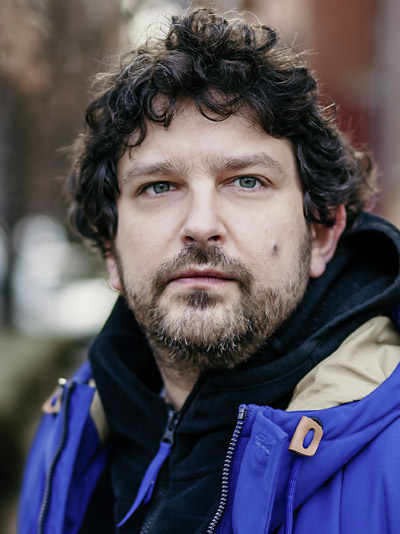 The director, screenwriter and producer was born in Senta, Serbia in 1980. His short film Lullaby for a Boy screened at festivals around the world; his debut feature-length film Autumn in My Street premiered at Sarajevo and Withering at Karlovy Vary. In 2019, he produced the Marko Đorđević directed feature film My Morning Laughter, which went on to become one of the most successful Serbian independent films in recent years. Heroji radničke klase is Pušić’s third feature film as a director. He also lectures at the Academy of Arts in Novi Sad.