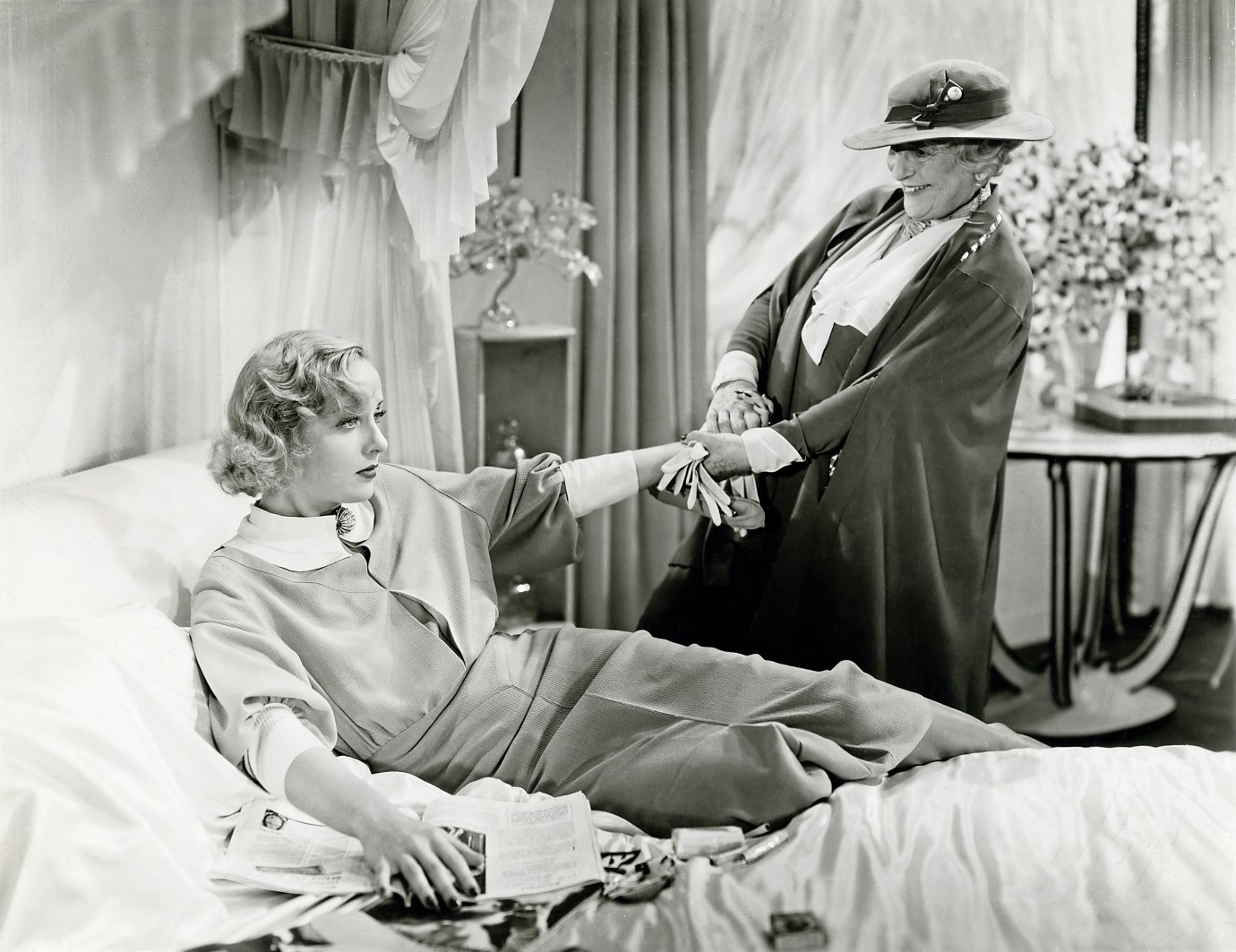 Source: Collection Austrian Film Museum, © 1934, renewed 1962 Columbia Pictures Industries, Inc. All Rights Reserved.
Fan dancer Alabam Lee is given a suspended sentence for her racy performances. On the advice of her publicist, the easy-going blond dancer tries to improve her public image by “adopting” a resident of an old-age home. But erstwhile street drunk Patricia “Patsy” Patterson, herself no stranger to the legal system, is no motherly innocent. Before long, the tough old lady has found out that Alabam’s handlers are swindling her and fires the dancer’s manager. She takes over managing Lee’s career and tries to turn the fan dancer into a reputable stage artiste. She has an ally in a young lawyer tasked by Patsy’s father with keeping an eye on her, who soon fixes his amorous sights on Alabama ... In their first film together, cinematographer Ted Tetzlaff surrounded Carole Lombard with light that suggests the gleam of a gold digger. Yet close-ups of her radiantly beautiful face are a visual repudiation of the moral turpitude inherent in the legal charge against her – violation of the morals code. In fact, shots of Lombard in gleaming white, bathed in radiant lighting seem to prove that in all her dealings with the underhanded side of show business, none of the darkness has rubbed off on her.
by David Burton
with Carole Lombard, May Robson, Roger Pryor, Walter Connolly, Arthur Hohl, Raymond Walburn, James Burke, Henry Kolker, Mariska Aldrich, John Boyle USA 1934 English 76’ Black/White, 35 mm