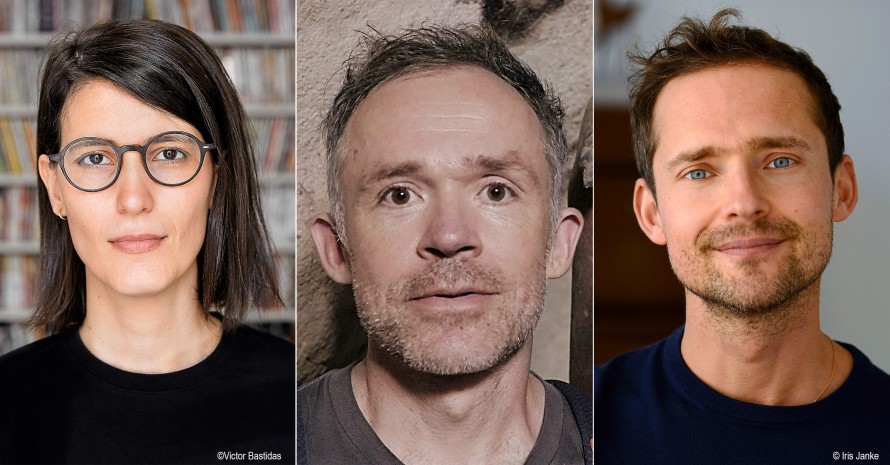 Since 2020 the competitive section Encounters has been a part of the Berlinale. A three-member jury will choose the winners for Best Film, Best Director and the Special Jury Award. The Encounters programme features 15 films.

The following were appointed as members of the jury:

Chiara Marañón (Spain)
Spanish born Chiara Marañón is the Director of Content at MUBI. She holds a BA in Cinema Studies and two MAs from the International Film & TV School in Cuba and the University of Westminster. Marañón has served as a jury member at international film festivals including Mar del Plata or Jeonju, and curated programmes for FICCI in Cartagena and Tabakalera Centre for Contemporary Art in San Sebastián. As a filmmaker, she directed The Girl in The Lemon Factory (2013), working together with Iranian master Abbas Kiarostami on the screenplay. One of the first to join the company over ten years ago, Marañón currently spearheads MUBI’s global content acquisitions and programming, with a focus on Europe, supporting partnerships and overseeing content for MUBI GO in the United Kingdom.

Ben Rivers (United Kingdom)
Ben Rivers is a British artist and filmmaker. He won the FIPRESCI Prize at the Venice Film Festival in 2011 for his first feature film Two Years at Sea. In 2014 he was awarded his second Tiger Award for Short Film for Things at the International Film Festival Rotterdam, and in 2015 he was nominated for the Golden Leopard at Locarno for The Sky Trembles and the Earth Is Afraid and the Two Eyes Are Not Brothers. Rivers’ short film The Hunchback, which he co-directed with Gabriel Abrantes and which won three awards, also premiered at Locarno. Together with Ben Russell, Rivers directed two films: A Spell to Ward Off the Darkness and The Rare Event, with which he was a guest at the Berlinale Forum Expanded in 2018.

Silvan Zürcher (Switzerland)
Silvan Zürcher is a Swiss producer, screenwriter and director. He studied philosophy, film and German studies in Bern and Zurich, then film production at the DFFB in Berlin. His first feature film Das merkwürdige Kätzchen (The Strange Little Cat, director: Ramon Zürcher) premiered in 2013 at the Forum of the Berlinale and was subsequently celebrated at numerous international festivals and won many awards. In 2017, he founded the production company Zürcher Film together with his brother Ramon Zürcher. In 2021, their second feature film Das Mädchen und die Spinne (The Girl and the Spider, co-directed with Ramon Zürcher) celebrated its world premiere in the Berlinale’s international competition Encounters and was awarded the prize for Best Director and the FIPRESCI Prize.

The complete Encounters programme can be found in the press release from January 19, 2022.