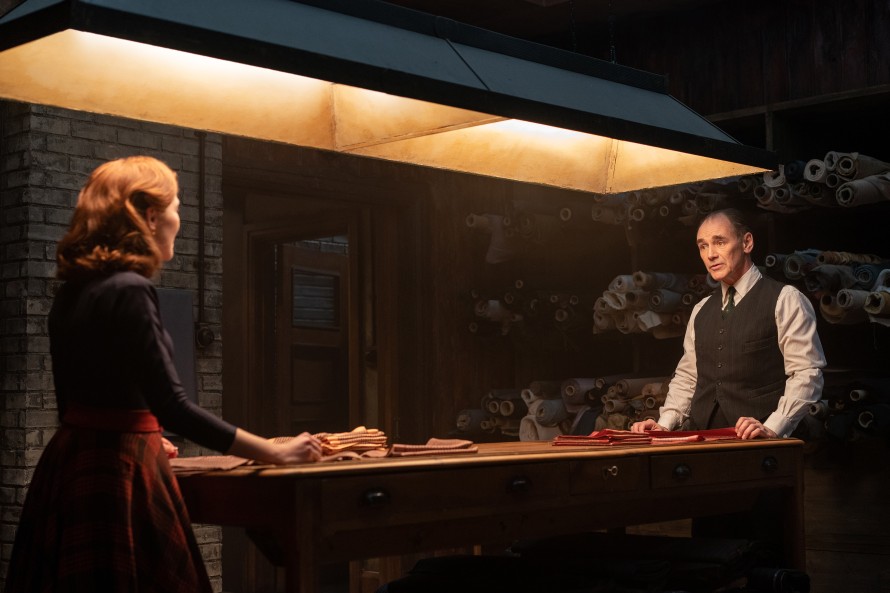 Zoey Deutch and Mark Rylance in The Outfit by Graham Moore

“Despite the pandemic we are happy to have the Berlinale Special Gala back. Films intended for the widest public will be presented in our biggest venue - the Friedrichstadt-Palast – and accompanied by filmmakers and cast. Most of them work within genre – spanning from horror to musical, from fantasy to gangster movie. Despite often dramatic stories, all of them manage to welcome a bit of lightness, having recourse to irony or comic elements.
Berlinale Special makes room mainly to documentaries that are the best way to explore our world and its legacy. From a recording studio during the pandemic to the little-known industry of synthetic diamonds, from a microcosm to be found in and around an old oak tree in France to a controversial political party in Germany, ending with a take on the power and ethics of photography.
Featuring stars including Nick Cave, Nikolaj Coster-Waldau or Emma Thompson alongside talented young actors like Louis Hoffmann, Alia Bhatt or Joe Cole – the Berlinale Special line-up combines celebrity sparkle with the stories that matter”, says Artistic Director Carlo Chatrian.

This Much I Know To Be True
United Kingdom
by Andrew Dominik
with Nick Cave, Warren Ellis
World premiere / documentary form