Jan 13, 2022
“Books at Berlinale” at Berlinale Co-Production Market – Ten Chosen Books to Be Pitched For Film or Series Adaptation 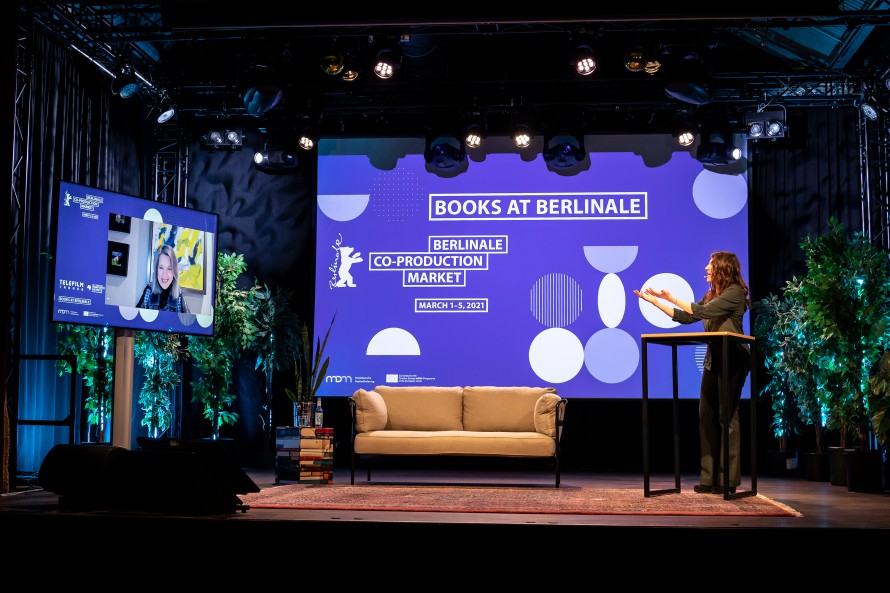 On February 14, the Berlinale Co-Production Market, in cooperation with Frankfurter Buchmesse, will present ten exceptional books particularly suitable for literary adaptation in "Books at Berlinale". At the pitching event, which has been presenting new publications, bestsellers and award winners every year since 2006, film producers can get in touch with the film rights holders - renowned, internationally working publishers and literary agents.

The presentation by publishers and literary agents of the chosen books will take place online once again, the event being moderated by Syd Atlas.

Books by publishers, literary agents and authors from Brazil, Cameroon, France, Germany, Georgia, Israel, the Netherlands, Spain, Switzerland and the United Kingdom have been selected for "Books at Berlinale" from a record number of over 190 submissions from more than 30 countries.

The chosen books reflect the diversity of the international literary scene and provide striking potential for adaptation into film and serial formats. In addition to new or forthcoming books by authors such as David Grossman, Nino Haratischwili, Monika Helfer, Bernhard Schlink and Emma Stonex, the novels of Anne Eekhout, Esther García Llovet, Khuê Phạm and Micheliny Verunschk are here to be discovered.

The selection encompasses a broad spectrum of genres, themes and perspectives with literary and social relevance and urgency: For example, author and human rights activist Djaïli Amadou Amal from Cameroon denounces forced marriage and violence against women in the Sahel in her novel "Impatients" / "Les Impatientes". Published in France, the bestselling novel has sparked debate and won numerous awards.

Film producers who are or would like to become active in the field of literary adaptations, along with publishers and literary agents, can register for participation in the online presentation of books at until February 9.

On February 15, a matchmaking event will take place as part of the "Books at Berlinale" initiative; here, selected representatives of publishers and literary agencies will join film producers in individual online meetings.

"Books at Berlinale" will take place online on February 14 and 15 as part of the Berlinale Co-Production Market (February 12-16). In addition to Frankfurter Buchmesse as a founding partner, this year's Guest of Honour at the Frankfurt Book Fair, Spain, is also supporting the "Books at Berlinale" pitching. The matchmaking event is being organised in cooperation with the Netherlands Film Fund.

The feature film and series project selections of the Berlinale Co-Production Market 2022 will be announced in the next few days.

The Berlinale Co-Production Market (February 12 – 16, 2022) is supported by the MDM – Mitteldeutsche Medienförderung and Creative Europe – MEDIA Programme of the European Union.

The following works have been selected for "Books at Berlinale" 2022 (English title / original title; in alphabetical order of presenting companies):