You’ve named 2022 the year of “happy returns” – many directors who have already presented films at the Berlinale are now returning to the festival with a series. Where does this trend come from?

We’re delighted that one of the founding observations behind the creation of Berlinale Series is now proving to be correct – and that was seeing more and more film directors being responsible for series and the boundaries between film and series disappearing altogether. This year Iosi, el espía arrepentido (Yosi, the Regretful Spy) is opening the programme. It is a series by Daniel Burman who won the Silver Bear with El abrazo partido (Lost Embrace) in 2004 and has also had three feature films presented in the Panorama. In this series, a spy infiltrates the Jewish community in Buenos Aires and unknowingly paves the way for anti-Semitic terrorist attacks. Years later, cracks are developing in his belief in the “one” truth and he starts to question his standpoint. This series is incredibly multi-layered, spanning over three decades, and the different levels of time and narrative are interwoven and composed in a truly masterful way. The information that we, as the viewers, receive is also precisely rationed. You can sense in this series all the knowledge and experience that Daniel Burman has accrued as a film director. And Lone Scherfig is returning to Berlin with Ellas vagt (The Shift). Three years ago, she opened the Berlinale with her film The Kindness of Strangers, she won the Silver Bear in 2001 with Italian for Beginners and her film work also featured in the 2009 Berlinale Special with An Education. Here she takes a tried and tested genre – the medical drama – and redefines it for herself. She’s not interested in the typical procedural structure; instead, she creates wide arcs of suspense and horizontal narrative threads that follow her protagonists calmly through their everyday work. The spaces she explores here are the exclusively interior locations of the maternity ward where everything happens. This also gives us a sense of the endless shifts, the constant overwork and inadequate pay that force people to quit their jobs even though they like doing them.

In general, you could say that there’s an interesting development of form in terms of how creators, writers and directors are seeking a genre whose limits they can explore and, in doing so, are able to put their entire skills to good use within this self-imposed framework. 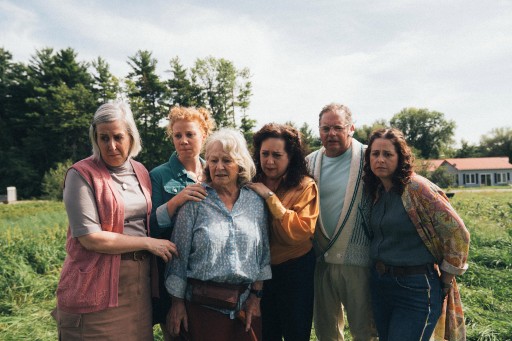 Which genre would that be for Philippe Falardeau, the third “returnee”?

Well, for me, he’s a genre to himself, the Falardeau-ian tragicomedy that he has mastered so perfectly in his feature films and that he is now able to develop over more time here – which he and his co-creator and scriptwriter Florence Longpré have once again succeeded in doing extremely well. I loved Philippe’s film C’est pas moi, je le jure! (It’s Not Me, I Swear!), which won the Crystal Bear in the 2009 Generation. Back then, we stood together on the Zoo Palast stage and, when we stand in the same place again with Le temps des framboises (Last Summers of the Raspberries) this year, for me, in a way, we will have come full circle – although I hope that he and Florence will make many more series together. The two have an ineffable flair for situational humour and thus confidently balance the emotional depths of the series.

In Podezření (Suspicion), we follow a virtually speechless protagonist who is blamed for the death of a patient in the hospital where she works and who is subjected to a perfidious power game.

Yes, the lead actor in this series has such presence that we learn almost everything we need to know about her character through her body language and gestures: the immobility of her gaze, that constant tenseness and stiffness of her posture, the harshness of her facial expressions. I was also very impressed by the interplay between her and her daughter in the series, how the latter seeks out points of contact and is repelled ... that is fantastically produced and directed by showrunner Štěpán Hulík and director Michal Blaško. 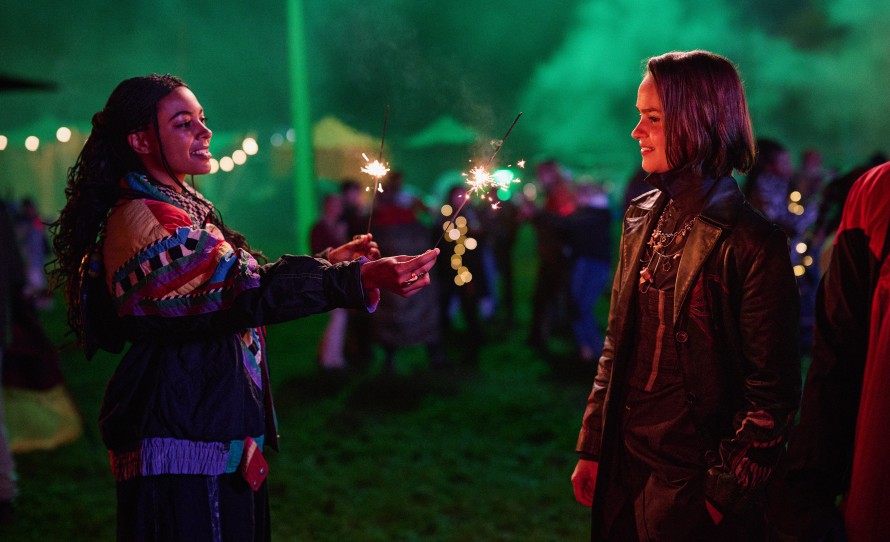 Nenda Neururer and Clara Rugaard in The Rising

The Rising, a young-adult series, on the other hand, belongs to an entirely different genre.

This series plays with so many different genres, but the premise – a young woman is dead, trapped in limbo and must find out who killed her – is a supernatural thriller, with elements of horror and family drama, too. The narrative has a tremendous visual power, the landscapes are spectacular, complementary colours are deployed, the protagonist Clara Rugaard rides a motocross bike and has a look that I hope will be copied many times ...

From the youngsters, let’s jump straight to women in their mid-forties from Sweden. What’s so funny about sexuality over 40?

Well, it’s certainly true that it’s helpful to not take the aging process, the physical changes and the equally changed perceptions from others – which you have to deal with particularly as a woman – too seriously and to laugh about them every now and then. And it’s precisely this attitude that’s adopted by the comedy series Lust. Three of the four main actors around Sofia Helin also worked on the scripts, which is evident in the series. Because stories only become really funny when they have a true and often painful, shameful and vulnerable core which is then tackled with a maximum of self-confidence. And that’s the beauty of this series. 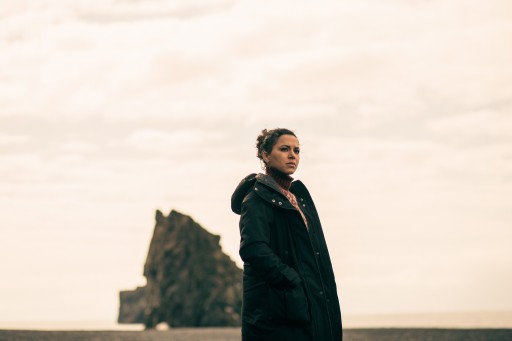 We’re naturally particularly happy about this one. We’ve been watching the Icelandic series landscape for a while now and we’re glad that this whodunnit crime story has come to us. What is special about this story is first of all, of course, the extremely photogenic landscape, which has also been captured wonderfully, and the setting in a village community where everybody knows everybody else and everything has a history. Oh, and the art direction really got me excited here: the decor in the protagonist’s eccentric mother’s house alone tells us so much about what it feels like to grow up there.

How has the “Berlinale Series Market Selects”, now in its second year, established itself in the market programme?

The “Series Market Selects” is a logical supplement to the festival programme, and clearly reflects many of the general trends we’ve been able to identify.

We viewed a lot of Latin American productions this year, with some great series particularly from Brazil. Here we can see that something is moving in the local production market, which is extremely interesting for us. There are also some promising productions from Eastern Europe, which is reflected in the official programme, as well as in the “Market Selects" with Šutnja (The Silence), Crna svadba (Black Wedding) and Identifikatsiya (Identification). 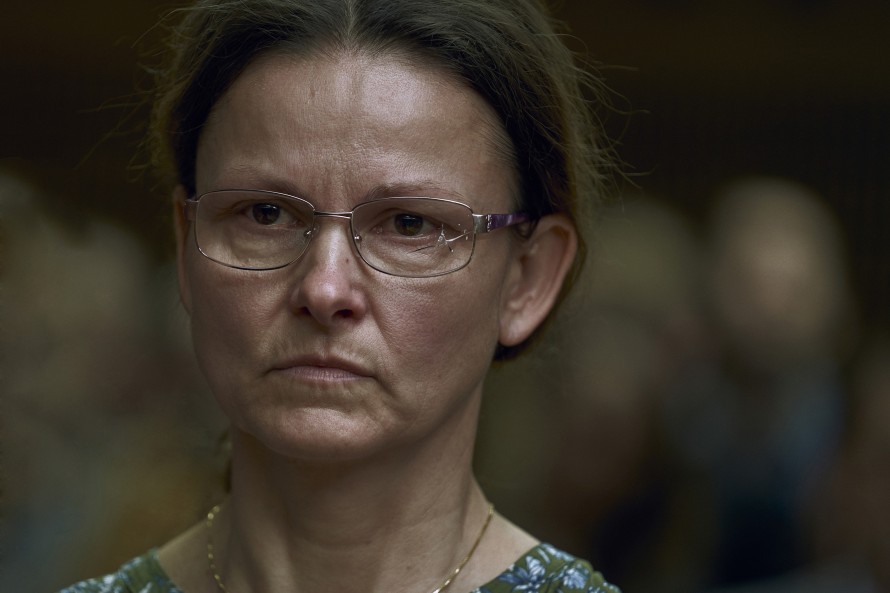 But above all, we’re experiencing an extremely strong Scandinavian year. The Harmonica series in the market is, in my opinion, more than just an insider tip. It’s about a band that has been past their best for a while and is now touring again – but no longer in big stadiums, just small pubs and bars. The two writers are also the main actors and the intensity with which they embody these characters is very special. And Fredløs (Outlaw) also makes you notice what incredibly great actors there are in Scandinavia.

Among the German series, I must highlight ZERV (Divided We Stand) with wonderful performances from Fabian Hinrichs, Nadja Uhl and Fritzi Haberlandt. You shouldn’t miss this series simply for Fritzi Haberlandt’s looks alone – but also because of the adorable duo Nadja Uhl and Fabian Hinrichs. This is about the time following the fall of the Berlin Wall when organised crime has fewer fears of contact between East and West than the rest of the population. 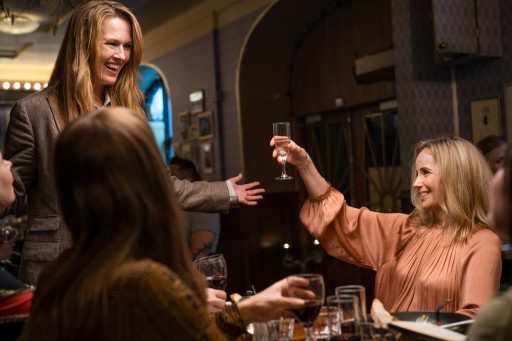 What effect does the EFM going exclusively online have on the series and your programme?

Of course, we find it a great pity that we won’t be able to welcome many people from the industry to Berlin this year. But, on the other hand, we’re very happy to be able to celebrate proper premieres again. It’s so important for the Series programme in particular to be presented in this unusual form and thus to allow it to receive special recognition. And this narrative form certainly deserves a bit of appreciation after it has accompanied us through so much time spent at home, especially during the past two years.