Mar 03, 2021
The Kompagnon-Fellowships 2021 by Perspektive Deutsches Kino and Berlinale Talents

Perspektive Deutsches Kino and Berlinale Talents have jointly awarded the Kompagnon-Fellowship since 2017 to support projects in their further development. Eligible are directors and screenwriters of a short or feature film respectively from the previous year of Perspektive Deutsches Kino as well as participants living in Germany who are part of the “Script Station”, “Doc Station” or “Short Form Station” of the current edition of Berlinale Talents.

With the Kompagnon-Fellowship, Berlinale Talents and Perspektive Deutsches Kino wish to support directors and screenwriters in their work over the long term. In addition to the scholarship endowment of 5,000 euros (short films: 2,500 euros), the award also offers an individually compiled mentoring programme with extra-occupational coaching to strengthen one’s personal hallmark and to enhance networking in the industry.

The award winners were selected by the jurors Lili Hering, Claudia Lehmann and Simon Dat Vu.

Der Arbeiter (The Worker) by Eliza Petkova - the jury's statement word for word:
The worker Georgi from Bulgaria wants to give his family a better life. After an accident in his home country, he follows a promise of happiness in Western Europe and comes to Berlin alone. However, prosperity is not intended for everyone there, and he finds himself in a lawless grey area, which is characterised by exploitation, illegality, homelessness and forms of modern slavery. Just as the protagonist invents a picture of himself in the course of the film in order to pretend to be successful to his family and, last but not least, himself, Eliza Petkova creates an image of the economic and social conflicts of our time in her feature film. Georgi's subjective perception and his deviating self-portrayal create a modern impostor figure who moves between his experience of being a stranger, dreams of the future and the harsh circumstances. The Kompagnon-Fellowship goes to a project that shows what the ruling system is hiding. 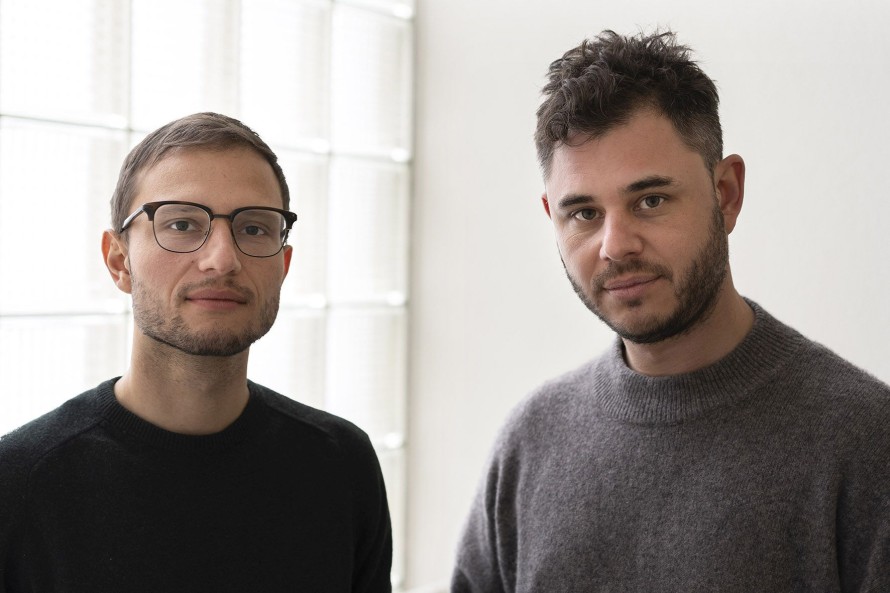 Wir waren Kumpel (Once We Were Pitmen) by Jonas Matauschek and Christian Johannes Koch - the jury's statement word for word:
Wir waren Kumpel tells of a paradigm shift and brings the present into the coal mine. Against the background of the closure of the last coal mine in Germany, this artistic documentary aims to show changes and new beginnings using a trans* woman miner and diverse miners: Not only is the working world in mining about to disappear as a result of the climate policy, but also the self-image of gender and role models is changing. What does masculinity look like today, and how is it manifested? In the interplay of large arrangements in cinematic images and the close documentary accompaniment of the protagonists, the reinvention of the characters and their handling of the crisis is traced. In addition to this swan song for an old form of manhood, attention is also drawn to the decline of the industry. We are excited about a film that combines intimate insights with structural questions in a multi-layered way. 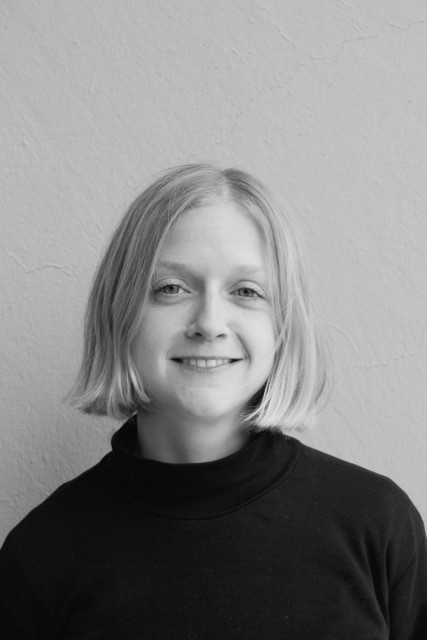 Studies in film, anthropology and cultural journalism in Vienna, Berlin and Istanbul. Before, during, and after graduation, she worked in theatres, at film festivals, in cultural institutions and in journalism. Lili Hering has worked as a programme assistant for ALFILM, the Arab Film Festival Berlin, on the Youth Advisory Board of the Locarno Film Festival, in the Cinémathèque de Tanger, at the Berliner Festspiele, as a volunteer, jury member, guest advisor, actress, critic and translator. She participated in various funding programmes such as the Critics Academy in Locarno, the “Theatertreffen-Blog”, Berlinale Talents and the Akademie für Theaterjournalismus. She writes as a freelance author about contemporary culture and society for “ZEIT”, ”ZEIT ONLINE”, “FAZ”, “DER STANDARD”, “Spex”, “Missy Magazine”, “Indiekino” and other publications. 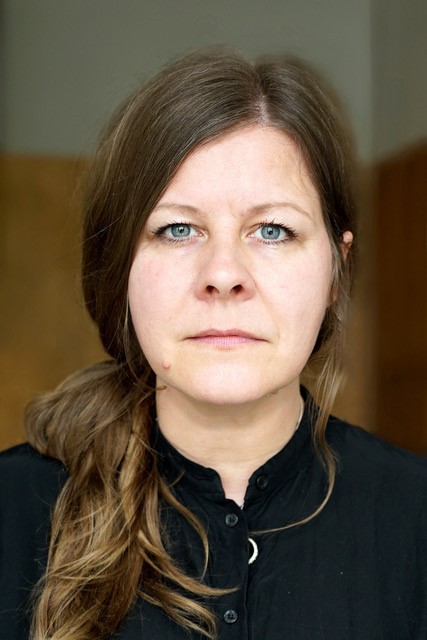 Claudia Lehmann has a PHD in physics and is a filmmaker and video artist. In her cinematic work, which ranges from documentaries to feature films, music to art video, installations to performances, she is always on the lookout for new forms and formats. Often, it is about perception, reality or the investigation of systems or the systemic. Her films Memoryeffekt (Memory Effect) and Hans im Glück (Berlin Playground) premiered in the Perspektive Deutsches Kino. She realised the Juli Zeh adaptation Schilf with X-Films Creative Pool. Additionally, she develops visual concepts, video sets and idiosyncratic live video performances and has worked in this realm at the Deutsches Theater, the Münchner Kammerspiele, the Ruhrtriennale, the Schauspielhaus Zürich, the Opera Comique in Paris and the Norske Opera in Oslo. Together with the visual artist and composer Konrad Hempel, she founded the Institute for Experimental Affairs, also known as IXA. With Tamtam Film, for example, she produced and realised the documentary Die Sinfonie der Ungewissheit (The Symphony of Uncertainty). Claudia Lehmann was visiting professor for digital media at the weißensee kunsthochschule berlin and has been professor for film art at the Mozarteum Salzburg since 2019. She plays and sings in “Hands-up Excitement” and “Elementarstrategien”. 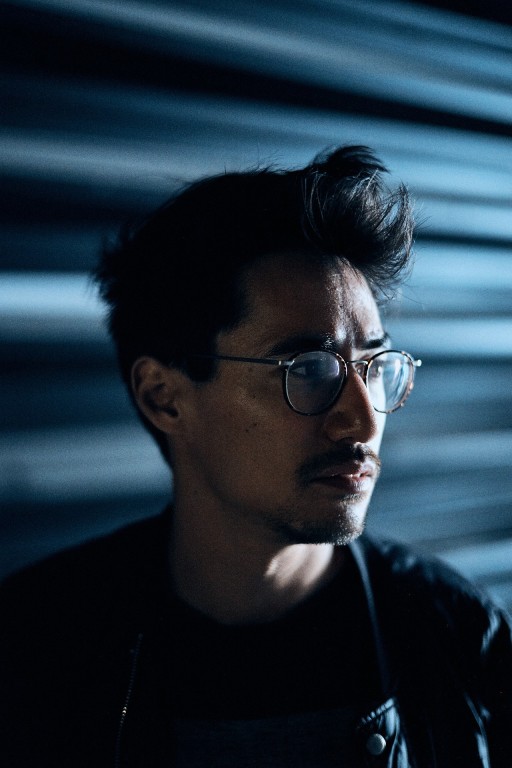 As the son of a Vietnamese engineer and a Swabian teacher, Simon was fascinated from an early age by the cinema as a place where fantasy and technology merge. During his studies of cultural studies and aesthetic practice in Hildesheim, his interest in cinematography flourished, after which he studied cinematography at the Film Academy Baden-Württemberg and the Film University Babelsberg KONRAD WOLF. His aesthetic spectrum extends from science fiction - as in his graduation film Wir sind die Flut (We are the tide), which premiered in the Perspektive Deutsches Kino and for which he was nominated for the Michael Ballhaus Prize for cinematography graduates - to music videos and semi-documentary experimental films like Bermuda to feature films such as Futur Drei (No Hard Feelings), whose blending of documentary and over-staged imagery earned him a nomination for the Deutscher Kamerapreis (German Camera Prize) for feature films.