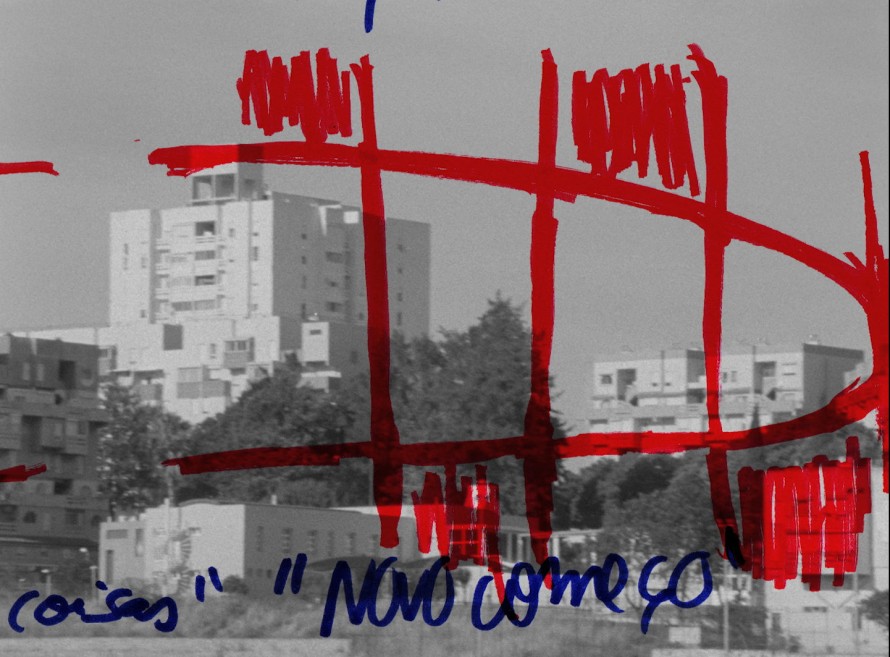 13 Ways of Looking at a Blackbird by Ana Vaz

The sudden coincidence of stagnation and change which we are currently experiencing has changed our idea of time and space — and thus also cinema. This affects both how the selected works will be seen as well as this year’s festival format, which is split into two and takes place on the inside and outside, as well as on the internet. The Forum Expanded film selection consists of four short film selections, one medium-length film and two feature-length films, with a total of 18 films to be shown in March. Eight installations will also be shown in June.

This represents an experiment for Forum Expanded, which is organised by Arsenal – Institute for Film and Video Art and is positioning itself at the place where cinema meets other areas of art and society for the 16th time. This year’s title “The Days Float Through My Eyes” is taken from the song “Changes” by David Bowie. Upon its release 50 years ago, it was referring to his image as a musician, which wasn’t changing at the same tempo as his shifting identity. Since last year, artists and filmmakers worldwide have been slowed down so much that their very existence is under threat in many cases. Even if the selection of the 16th Forum Expanded is also smaller than usual due to the pandemic, we would still like to declare our solidarity with them all.

The days pass and reality takes a hold of each and every one of them. The themes of the short film selections revolve around history and memory, rituals and myths, colonialism and racism and a film practice of subversion and resistance. Among the various productions is the restoration of the film Böse zu sein ist auch ein Beweis von Gefühl (Fury is a Feeling Too) by Cynthia Beatt, in which she herself appears with Heinz Emigholz. The film was presented at the Berlinale Forum in 1984 and links questions of structural racism and discrimination to images of architecture in Berlin. In Ploy, Prapat Jiwarangsan explores labour migration in Singapore, while Ayreen Anastas and Rene Gabri’s Black Bach Artsakh recalls events in Nagorno-Karabakh.

With the start of the Egyptian revolution, Sharief Zohairy started travelling through the Nile Delta for a period of seven years. The result was the five-and-a-half-hour film Saba' sanawat hawl delta al-neel (Seven Years Around the Nile Delta), which shows everyday life there and makes the genre of the travel film appear in a whole different light in these pandemic times. Kerstin Schroedinger’s one-minute clips, for which she pierced 16mm film with sewing needles, are a reminder of the meaning of materiality and the immediacy of the moment.

Films of the 16th Forum Expanded

*World premiere is used to indicate that these films have not yet been shown to a public audience. Since they will only be available in online screenings to a professional audience (industry and press), they will keep their world premiere status until they have been presented publicly in cinemas or at festivals.

*International premiere is used to indicate that these films have not yet been shown to a public audience outside their country of origin. Since they will only be available in online screenings to a professional audience (industry and press), they will keep their international premiere status until they have been presented publicly in cinemas or at festivals.

13 Ways of Looking at a Blackbird
Portugal, 31’
by Ana Vaz
*World premiere

The Song of the Shirt
Germany
by Kerstin Schroedinger
*World premiere