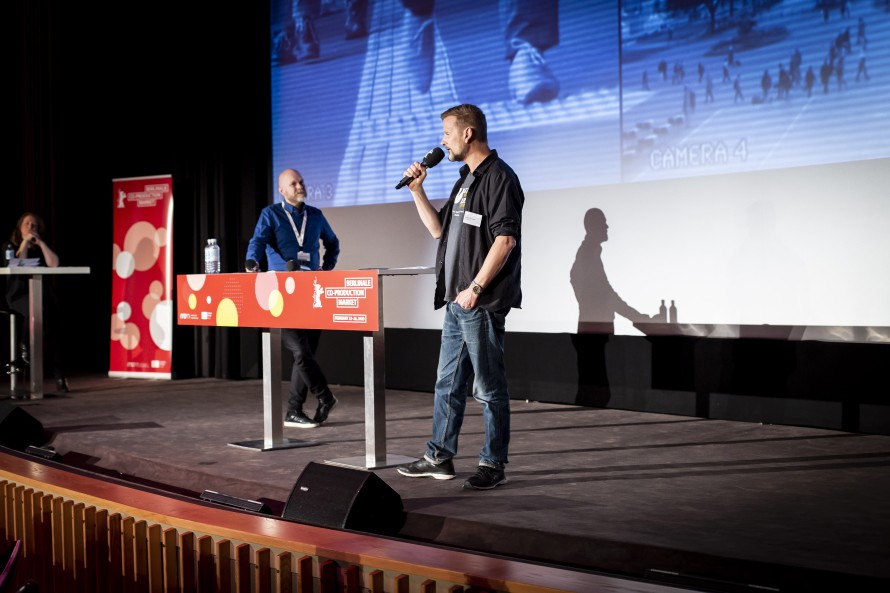 58 Seconds, a frontline drama about medical humanitarian relief agency workers, brings with it two masters of the British series market: Jeremy Brock (BAFTA winner for the adaptation of the screenplay for The Last King of Scotland) and Paul Unwin, both the creators of the series Casualty, ongoing since 1986.

Three projects have well-known German directors on board: Julia von Heinz (director of the German Oscar entry And Tomorrow the Entire World) is responsible for the historical but freshly narrated Eldorado KaDeWe; Sven Bohse (Ku’damm, Dark Woods) writes and directs the political thriller Hinterland; and Wim Wenders - along with Joachim Trier, Julie Andem and David Byrne - is one of the planned directors for the anthology This Is Music.

This year, two extraordinary projects hail from Eastern Europe: the GDR spy drama Balaton Brigade from Hungary, with Ildikó Enyedi (winner of the 2017 Golden Bear for On Body and Soul) directing, and the drama Afterparty, which follows a group of young adult female friends amidst freedom and conservatism in Croatia, and which recently won the HBO Europe Award in the MIDPOINT TV Launch programme.

The line-up also includes the adaptation of the John Irving novel “Until I Find You”, whose Canadian and Dutch producers are searching together for more partners at “Co-Pro Series”.

The crime drama Speed hails from Norway, and the Irish project Richter, set primarily in New Zealand, serves up more crime, this time against the backdrop of ecological conflict.

The Belgian-French dark comedy series Good People will be presented in partnership with the Series Mania Forum in Lille, France, where it was first presented online in 2020. The producers hope to find further distribution partners at “Co-Pro Series”. In exchange, one of the new projects being presented at “Co-Pro Series” will have the opportunity to pitch again at Series Mania at the end of August.

The Berlinale Co-Production Market (March 1 – 5, 2021) is funded by MDM - Mitteldeutsche Medienförderung, and the Creative Europe MEDIA programme of the European Union.

“Co-Pro Series” pitches will take place online this time, on March 2, in cooperation with the Norwegian Film Institute (NFI), which is hosting the presentations.

“Berlinale Series Market” and its annual conference programme is a joint initiative of the European Film Market, Berlinale Co-Production Market and Berlinale Talents, and is organised in close collaboration with Berlinale Series.

Project in partnership with Series Mania: