The pandemic has led to a heyday for streaming, most noticeably for series, which will also become the focus of attention at the Berlinale and the European Film Market in 2021. In this interview, section head Julia Fidel discusses a strong year, the pleasure of the physicality of storytelling in a time of isolation, the conquest of new geographical and narrative regions and the return of familiar faces to the selection.

Lydia West in It’s A Sin

As the world increasingly came to a standstill at the beginning of 2020, the appetite for streaming content grew ever larger. How did you perceive the series market during this time?

The series sector actually experienced a completely different pressure, and that was to keep on producing. In contrast to film, with shuttered cinemas and uncertainty about when new productions could start, suddenly even more series were being watched. The streaming platforms and broadcasters searched the world for new material, bought a lot and quickly tried to get production going again.

Of course, we noticed that there was a certain period of time when no filming was possible and that caused delays down the line, so series which had been announced for November and December weren’t available until the beginning of January. Consequently, we had to be lenient with regard to our original deadlines. But those are really marginal problems when it comes to such an existential change as a pandemic. Ultimately, we received the same number of submissions as usual.

The synergies between the market and the festival are particularly strong in the case of series. In 2021, you’ve introduced the new “Berlinale Series Market Selects” programme in the EFM. What new possibilities does this open up for serial storytelling at the Berlinale?

In the EFM, market screenings can be booked for series – just like for films – so they can be shown to potential buyers. Up until now, this has taken place physically, with cinema bookings in the Zoo Palast, which meant space was limited and we had to filter projects a little. That wasn’t ideal as an interim solution. Now, the possibility of having several online channels in the market means we can offer freely bookable market slots. At the same time, however, we wanted to take the opportunity to highlight a selection of series that we consider to be particularly commercially promising via this newly created label.

What I particularly like about this is the coexistence of a consistent festival selection in Berlinale Series and a label for productions that we consider relevant for the market.

The volume of material produced every day makes the need for a clear curatorial signature increasingly important. What are your selection criteria for series?

When making the selection, it’s important to me that we are showing new developments, expansions of narrative forms, work that is daring and also extreme interpretations of genre or format. It’s about artistic visions and experiments that don’t always have to be perfect or the most-watched series on a streaming platform. The series has to interest and surprise us or open up something new. In a certain way, this also applies to the other sections – they, too, are less interested in blockbusters than in new narrative forms and stories.

Os últimos dias de Gilda and Entre hombres don’t only offer surprises in their narrative and visual forms; you are also advancing into new geographical regions with them...

Yes, this year we’re delighted to have two series from Latin America in our selection for the first time. And both series are extreme in many ways: in their imagery and aesthetics as well as the topics they broach. The Brazilian Os últimos dias de Gilda is a four-part series that actually feels like a movie when you watch it. It sticks very closely to its main character, which we are not used to in serial production because we have become conditioned to expect multiple, intertwined storylines. I’ve never seen a protagonist like Gilda before. She’s a completely liberated female character and she is presented with a dazzling sensuality, in a warm and physical way that almost overwhelms us, rendering us speechless. The series is also about eroticism, but I don’t want to limit the vitality and beauty of the main character with this category. I think that, especially during our current lack of physicality and contact, Os últimos dias de Gilda was a special, almost tactile experience for us in the selection. And then, of course, the series is also incredibly political and plays with a constant, latent threat that keeps on growing – it’s very evocative. 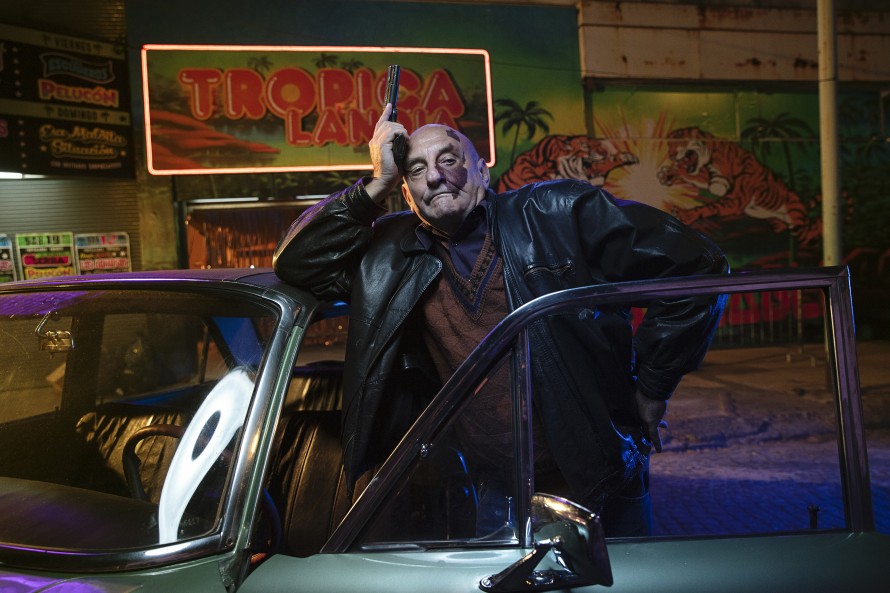 Our second Latin American series, Entre hombres, is also a very corporeal experience. But in this case, I felt I could hardly watch: that’s how affected I was by the brutality and cruelty. For me, it’s an instant classic that plays with the aesthetics, narrative conventions and gender representations of the 1990s while, at the same time, calling them into question.

Here, the story develops more and more complexity. We jump between characters and locations and, as an audience, we’re constantly being wrong-footed in our speculations about the direction the narrative is taking. The editing gives the series an irresistible rhythm and repeatedly amazed me or made me laugh – which doesn’t happen every day with a series. Furthermore, Entre hombres follows the serial tradition of having unlikeable protagonists, but it focuses less on the psychological profile of one toxic male and more on an entire microcosm of repugnant, corrupt, brutal figures of men which are simultaneously presented and questioned. And the humour – which absolutely exists in this series – constantly breaks down just as the viewer is starting to feel comfortable. We’re then presented with another disgusting moment that immediately catapults us out of the comedy. You want to watch it right now, don’t you?

Entre Hombres is set in Argentina in the 1990s. Another look into the past that has become almost uncannily topical is It's a Sin. The series depicts gay life in the early 1980s against the backdrop of the outbreak of the AIDS pandemic. How strongly does it bring to mind the effects of COVID-19 when you watch the series?

The effect is probably very different for each of us, but yes, at the beginning of COVID-19 I thought a lot about the AIDS pandemic and the unbearably bad way it was dealt with: how severely prejudices and condemnation of certain social groups contributed to the inadequate reaction, people simply being left to fend for themselves and becoming stigmatised. If you then compare this with the relatively fast and far-reaching reactions in our current situation, it makes you deeply angry.

But, of course, Russell T. Davies wrote and made this series before COVID-19, and obviously It’s A Sin – just like the criticism and grief about the reactions to AIDS – stands on its own merits. 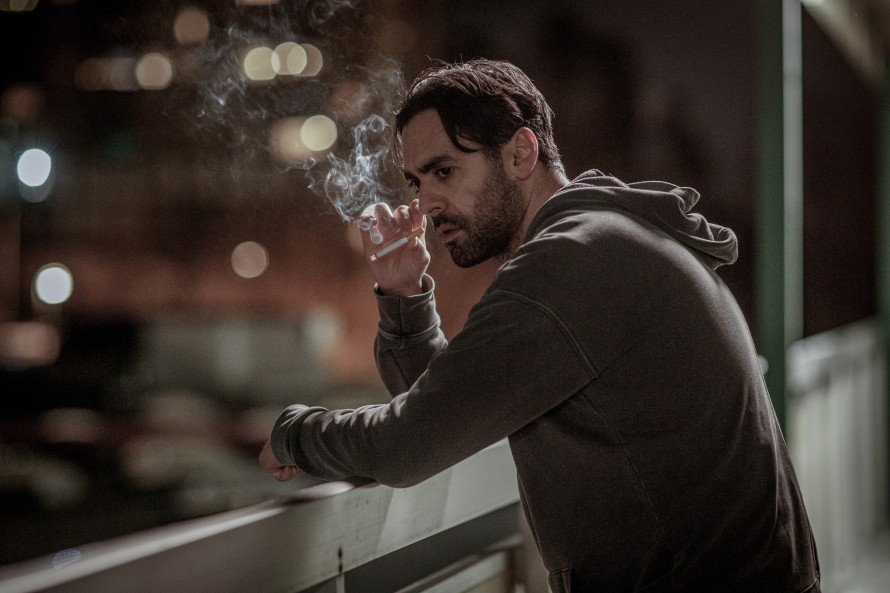 The series Snöänglar (Snow Angels) and Ich und die Anderen (Me and the Others) both come from creators who have been invited to Berlinale Series for a second time. Mette Heeno appeared in the programme in 2016 with Splitting up together and David Schalko in 2019 with M – Eine Stadt sucht einen Mörder (M – A City Hunts a Murderer). Did you give them a free pass?

Ha, that would be nice, wouldn’t it? No, we were actually completely convinced all over again and were all the happier to be able to welcome back familiar faces to Berlinale Series. In addition, I’m obviously pleased that there is a certain continuity in the work of Berlinale Series creator Solmaz Azizi and my own.

In Snöänglar, we have a rather classic genre of the criminal case involving a missing child but it is thrillingly reinterpreted by the creator, Mette Heeno. She uses the setting as a backdrop against which to establish some highly interesting, multi-layered characters and follow their lives and emotions. She deals with questions about our preconceptions of motherhood, femininity and family. The series is also about our view of people who have different living conditions to us, our prejudices and exaggerated expectations and the suffering which these cause. It’s all told in a very gripping way with great honesty and directness.

And David Schalko takes us on a wild ride through the super-ego, the ego and two hundred meta levels that we really enjoyed. It’s a real Schalko production with eminently quotable dialogue and a playful ensemble of theatre people – and it also looks great, has a clear aesthetic line and, let’s call it, “built-in humour”. The series is daring, great fun and was made by very clever people – so it wasn’t a difficult decision to select it.

Snöänglar and Ich und die Anderen ensure a certain continuity. With Philly D.A. you’re breaking new ground again in 2021 with the first documentary series in your selection. What do you find particularly interesting about the documentary form in serial storytelling?

We’ve found documentary series extremely interesting for a while now because there’s so much experimentation with narration and dramaturgy in them. We’ve repeatedly invited documentary series makers to submit their work because we find it exciting to watch what happens when, for example, documentary material is organised using fictional narrative patterns.

During its first twenty minutes, Philly D.A. could be a Hollywood movie: the tireless fighter against the system spectacularly changes his strategy, gets himself elected to the office he has worked against for decades and triumphantly wins. But then the creators reveal what happens after the fairy-tale victory: hard, tedious, small-scale work that is often painful. The series is very topical: it’s about the American criminal prosecution system, prison reform and police violence.

We were impressed by how discreet the creators were when it came to guiding us, the viewers, through the series, giving us the opportunity to observe and come to certain conclusions on our own. And as a choreographer, I was of course entranced by the scenes depicting motorcycle formations in a police parade: these hardly graceful bodies, poised on their pedals in preposterous poses... I thought it was wonderful that the creators afforded such images room in the series as well. It attests to a great pleasure in telling stories in pictures – and for us, ultimately, that’s what it’s all about.