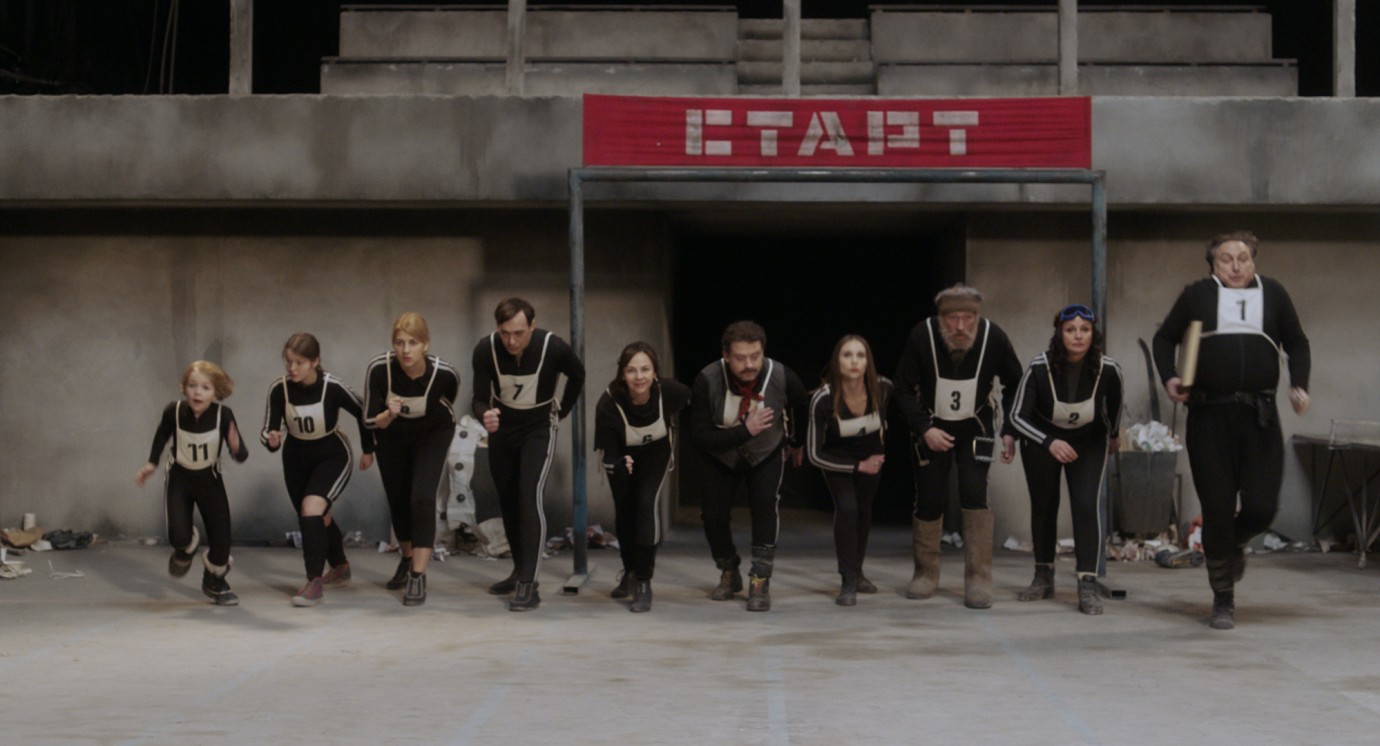 © 435 Films, Apple Film Production, Česká Televize, ITI Neovision, Ministry of Culture of Ukraine
The world as an absurdly abstract one-room cosmos. Ten figures are practising daily rituals, walking in circles. They do not know who they are or where they come from, nor do they have names. The men wear odd numbers, the women even numbers. Their dating behaviour, like everything else, is subject to rules that are as strict as they are pointless. An omnipresent, godlike leader (“The Great Zero”) surveys the goings-on; judges are armed. This is a system of governance that leads to the elimination of all independence – but then an unplanned child disturbs the order. The time is ripe again for dystopian stories. Simultaneously, Nomery is a film that has fallen out of time: it was created under impossible circumstances and in an existential vacuum. The writer and co-director is Oleg Sentsov, Russia’s most famous political prisoner from 2014 to 2019. Somewhere between the filming location of Kyiv and the penal colony near Labytnangi, close to the Arctic Circle, where Sentsov was imprisoned, a laborious, clandestine working method evolved that contributed to the end of Sentsov’s hunger strike and has now resulted in a film of raw political significance.
by Oleg Sentsov
with Evhen Chernykov, Agatha Larionova, Oleksandr Begma, Maksym Devizorov, Iryna Mak, Oleksandr Yarema, Viktor Zhdanov, Lorena Kolibabchuk, Denys Rodnianskyi, Olena Uzliuk, Mariia Smolyakova, Evhen Lebedin, Oleg Karpenko, Oleksandr Laptyi, Viktor Andrienko Ukraine / Poland / Czech Republic / France 2019 Ukrainian 104’ Colour, 2K DCP World premiere 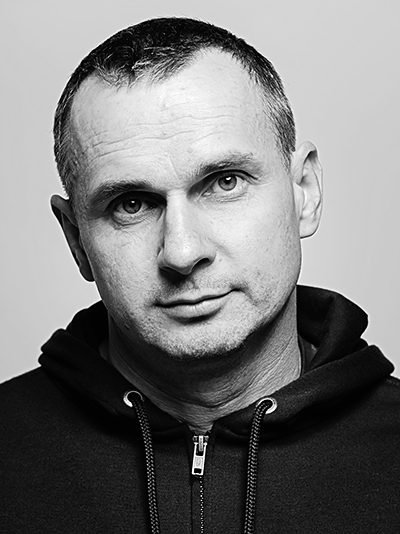 The Ukrainian filmmaker and activist presented his debut feature film Gamer at the International Film Festival Rotterdam in 2012. He was actively involved in the Euromaidan movement, was arrested by the Russian secret service and, in an unfair trial, sentenced to 20 years imprisonment for alleged terrorist activities. He directed Nomery through letters and, in September 2019, was released in a prisoner swap. He is currently in pre-production for his third feature film, Rhino. In 2018, he received the Sakharov Prize for Freedom of Thought from the European Parliament.