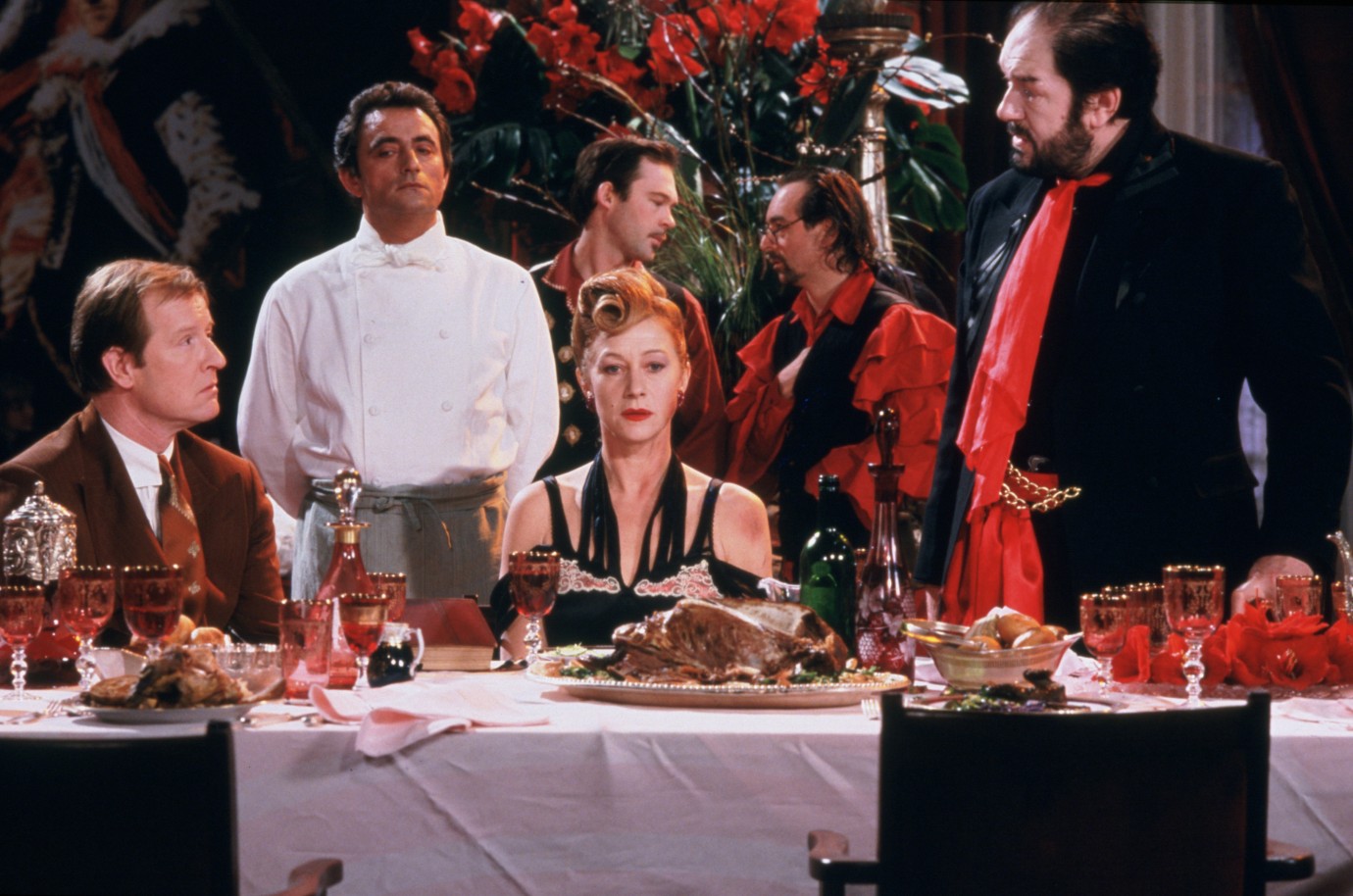 © Image courtesy of Park Circus/Universal
Gang boss Albert Spica dines nightly at the gourmet restaurant he owns, “Le Hollandais”. Sitting with his cronies, he is loud and unpleasant as he denigrates the staff and the French chef. While Albert rants on, his wife Georgina secretly begins an affair with one of the restaurant’s regulars and, after a series of short sexual encounters, falls truly in love with him. When Albert finds out about the surreptitious rendezvous in the ladies’ loo, the restaurant kitchen, or the pantry, he is consumed with an insatiable thirst for revenge … Sex, fine dining, and violence – Peter Greenaway directed a painterly studio production in the style of an Elizabethan-Jacobean tragedy of vengeance. The film gave accomplished Shakespearian actor Helen Mirren a stage for perhaps the riskiest performance of her career – one she mastered with bravura. The moving high point of this thespian tour de force is Mirren’s monologue – stripped of all of star designer Jean-Paul Gaultier’s fashion armour, Georgina announces her transformation from an oft-abused, seemingly vulnerable woman to a fearless heroine and victress with the words, “eat, Albert”.
by Peter Greenaway
with Richard Bohringer, Michael Gambon, Helen Mirren, Alan Howard, Tim Roth, Ciarán Hinds, Gary Olsen, Ewan Stewart, Ian Dury United Kingdom / France / Netherlands 1989 English 124’ Colour, 2K DCP Rating R18