© Gina Ferrer/Antivaho Cinematográfico
Scarred, fat, pregnant, shaved, tattooed: Joana examines the bodies of the women in the changing room. Later, she studies her own reflection in the mirror with the same intensity. Can you change your body? Your gender? Femininity? “Break free”, screams the caption on her T-shirt, under an image of Freddie Mercury – and Joana wants to break free of everything and everyone: from her girlfriend Nina‘s bad mood to the other girls at school.
by Èrika Sánchez
with Laia Capdevila, Rimé Kopoború, Silvia Albert, Alba Mares Spain 2020 Catalan,  Spanish 22’ Colour World premiere 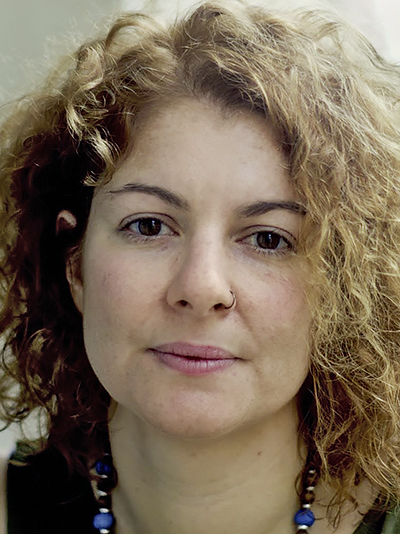 Born in Barcelona, Spain in 1983, she is a screenwriter, director and producer. She worked for some time as a personal assistant and script supervisor before directing her first short documentary, The Show, in 2013. Her first feature-length documentary, It’s Never Darker, followed the year after. She is co-founder of the Antivaho Cinematográfico production company with Xavi Esteban. Panteres is her first short fiction film and a prelude to her debut feature film, The Quiet Women, which she is currently developing.