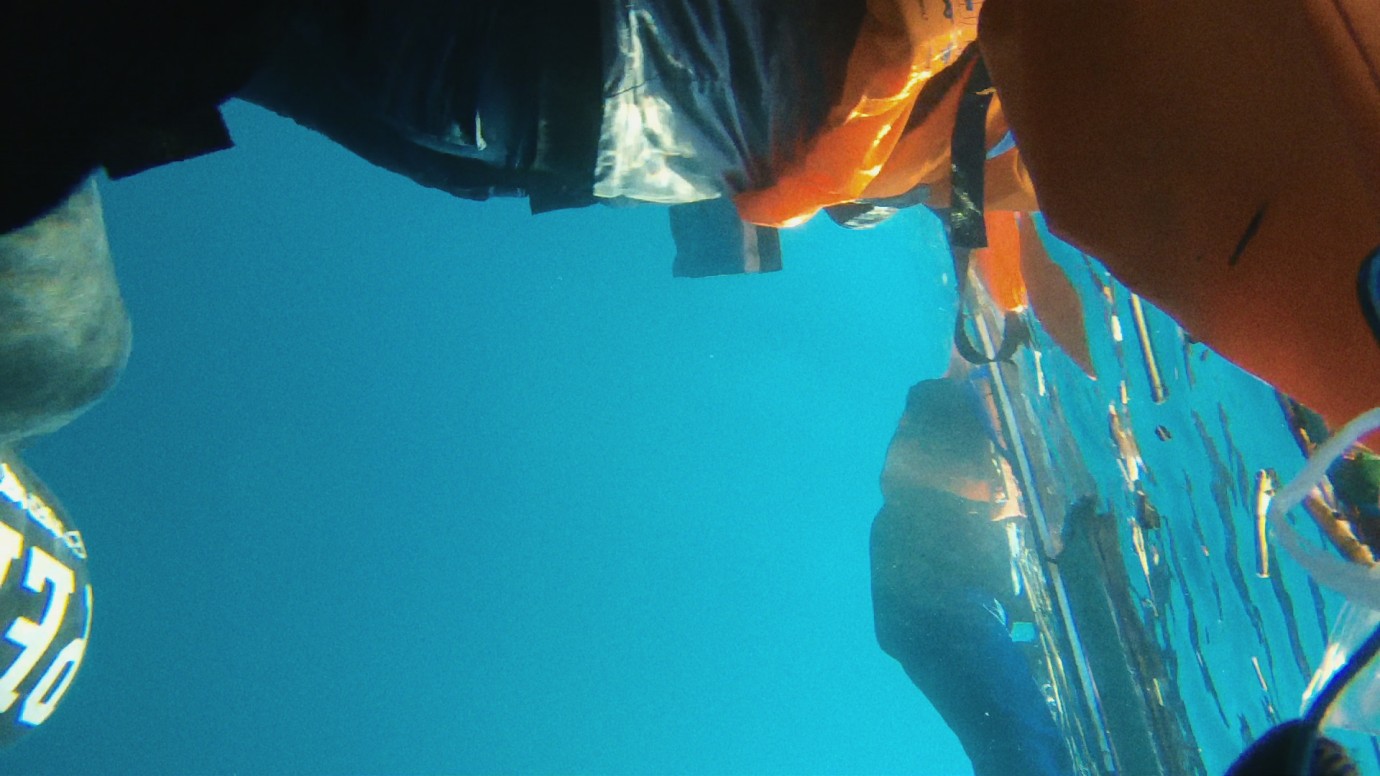 © pong Film GmbH
“I see everything,” she says, as if it were a curse. Brilliant sunshine, clear blue skies. The sea is calm, framed by a piece of railing. Buzzing voices. A peaceful moment if it weren’t for the fact that the sea is standing upright, vertical, like a waterfall. A rush of images, twirling, upside down, jolting. People in the boat, in the water, screams, life jackets, emergency whistles. Fluorescent orange, geometrical shapes cast by the sun. There’s no horizon any more, no sky, no up or down, only deepness and nothing to hold on to. Even time’s flow comes to a halt, contracting into the brutal present. She is filming and speaking. To him, to herself, to us, perhaps. Floating legs in sweat pants, jeans, thronged together. A blouse with butterflies, it looks like their wings are flapping in the water. The snake-like belt of a coat, a crumpled-up plastic cup, a pack of cigarettes. Fuck you all! She speaks, she rages, and she films to beat being tired, being cold, the fact that help isn’t coming. To beat dying, just for something to remain.
by Amel Alzakout, Khaled Abdulwahed Germany 2020 Arabic 67’ Colour World premiere Documentary form 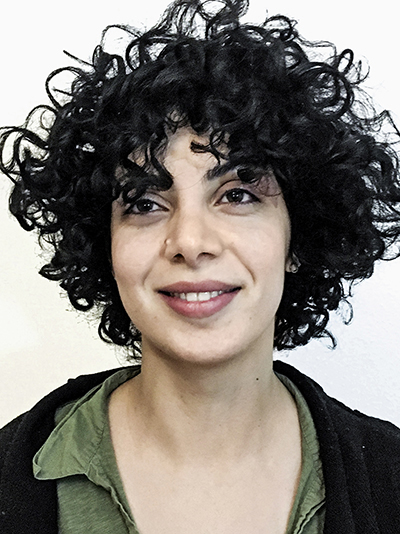 Amel Alzakout, born in 1988 in Syria, is an artist and filmmaker based in Leipzig. Between 2010 and 2013 she studied journalism at Cairo University. In 2017 she participated with other artists in the video installation Trust Us in the 3rd Herbstsalon at the Maxim Gorki Theater Berlin. Between 2017 and 2018 she studied art at the Weißensee Art Academy in Berlin, currently she is studying media art at the Academy of Visual Art (HGB) in Leipzig. Purple Sea is her debut film. 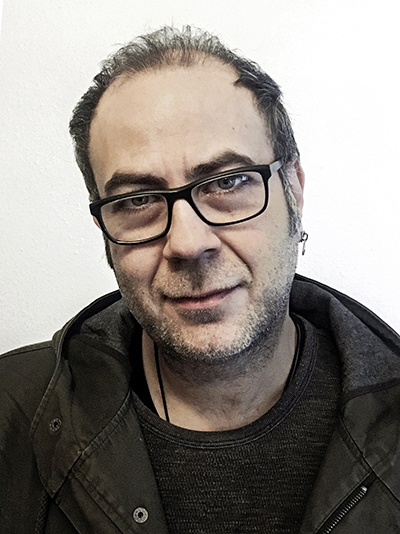 Khaled Abdulwahed, born in 1975 in Syria, is an artist, photographer, and filmmaker based in Leipzig. Between 1996 and 2000 he studied Fine Arts and Graphic Design at Adham Ismail Art School in Damascus and at Frederick University in Nicosia. Between 2002 and 2008 he exhibited his artworks in the Middle East and Europe. From 2011 he directed and produced video artworks which were screened in many art spaces, festivals, universities, and TV channels over the world. In 2015 he was invited to Berlinale Talents. Purple Sea is his second collaboration with Amel Alzakout.