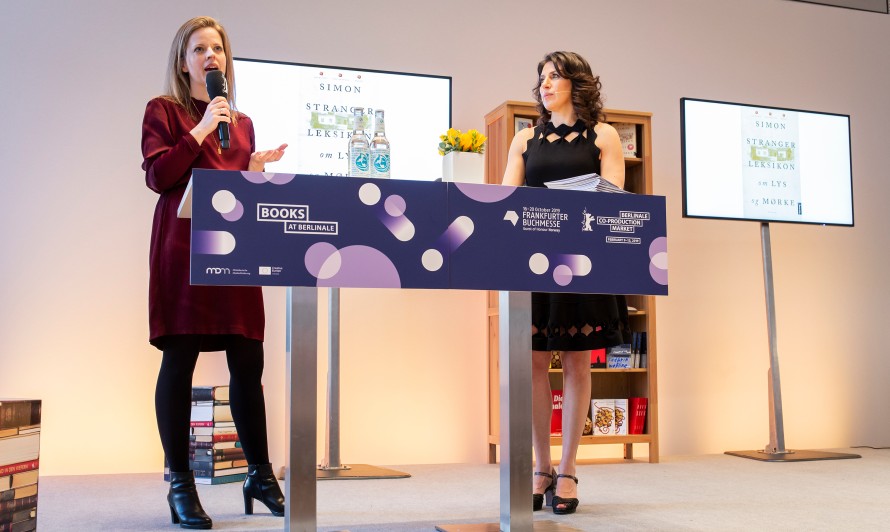 On February 24, at the “Books at Berlinale” pitching event, a co-operation with Frankfurter Buchmesse, the Berlinale Co-Production Market will once again present twelve exceptional works of literature that are particularly well-suited for screen-adaptation. “Books at Berlinale”, which has been placing a spotlight on recent publications and bestsellers every year since 2006, gives film producers the opportunity to come into contact with renowned and internationally active publishers and literary agents who hold the film rights to the books in question.

This year, books from publishing houses, literary agents and authors from Germany, France, United Kingdom, Italy, Canada, Netherlands, Norway, Austria, Sweden and Turkey were selected from over 170 submissions for “Books at Berlinale”. Eight of the twelve works featured in the selection were written by female authors.

The stories presented at “Books at Berlinale” deal with the forces that move society, the things that make human coexistence special and the issues that pose a threat to freedom. For instance, in his biographical book Ahmet Altan treats his experience as a political prisoner in Turkey in a touching manner, while Jasmin Schreiber mixes deep grief with absurd comedy in her novel about a road trip. Anna Woltz has written a moving story about the strong will exhibited by an 11-year-old girl worried about her ill mother, while Susan Spindler relates the drastic consequences of a surrogate pregnancy. In his true crime thriller, Jan Stocklassa takes a deep dive into the archives of Stieg Larsson, who generated new insight into the murder of Olof Palme through his own research, while Alex Beer’s historical thriller portrays a Jewish man in World War Two Nuremberg tasked with infiltrating the Gestapo.

Film producers active in the field of literary adaptations or with an interest in working in this area as well as publishers and literary agents can register to attend the event until February 18 by writing to .

The following works have been selected to participate in “Books at Berlinale” 2020 (in alphabetical order according to the presenting companies):

“The Man Who Played with Fire – Stieg Larsson’s Lost Files and The Hunt For An Assassin” (Jan Stocklassa, Sweden), Generalissimo, Sweden