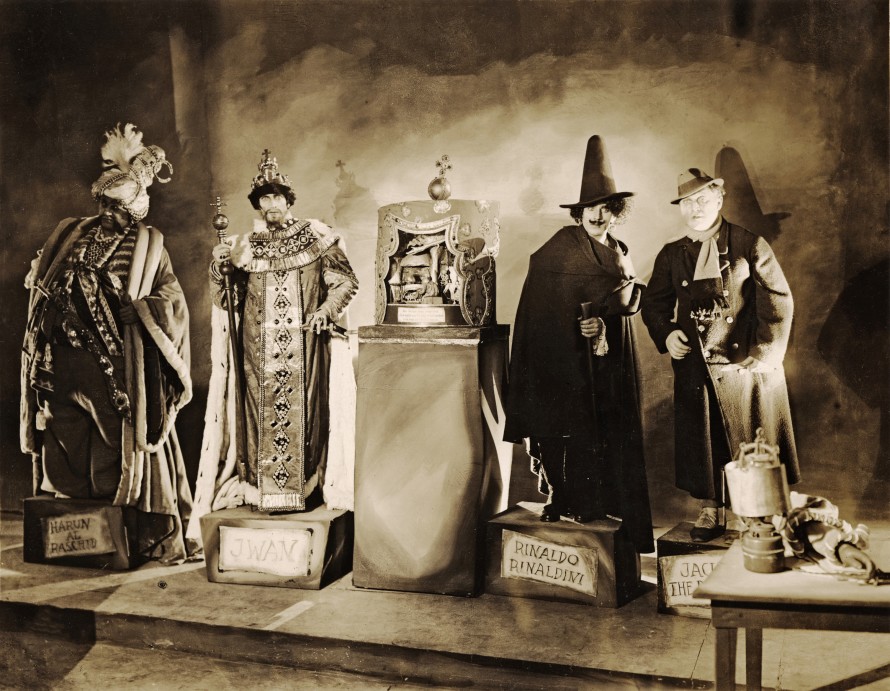 The Berlinale Classics series will celebrate its opening on February 21, 2020 at the Friedrichstadt-Palast with a screening of the 1924 silent film classic Waxworks (dir: Paul Leni). Accompanied by new music from the Ensemble Musikfabrik from North Rhine-Westphalia, with Swiss-Australian conductor Elena Schwarz at the podium, this digital restoration under the aegis of the Deutsche Kinemathek and Cineteca di Bologna will be shown onscreen for the first time at the 70th Berlin International Film Festival.

“Waxworks represents a high point and, at the same time, almost the conclusion of expressionist film. Fantastically playful sets, created by Paul Leni, for a story that fluctuates between reality and hallucination, with Emil Jannings attacking his role with gusto, Conrad Veidt spreading dark horror, and the uncanny Werner Krauß pursues the upright Wilhelm Dieterle. It is simply incomparable”, says Rainer Rother, head of the Retrospective section and artistic director of the Deutsche Kinemathek.

The new music for the film, commissioned by broadcasters ZDF/ARTE, combines five acoustic instruments (clarinet, trombone, viola, guitar, percussion) with two keyboards and live electronics, in order to illuminate Waxworks in all its arabesque richness. Just as the film unifies many facets of arthouse and genre cinema, the music by Bernd Schultheis, Olav Lervik, and Jan Kohl treads a fine line between new music and film music, between folk and pop. The composers have created a teasing interplay of musical forms and colours that is as intelligent as it is entertaining.

No original German version of Waxworks survived. The digital restoration used nitrate prints of the English, French, and Czech language versions, as well as additional elements drawn from them. For the cooperative project of the Deutsche Kinemathek and Cineteca di Bologna, L’Immagine Ritrovata digitised the film in 4K resolution and restored it in 2K. The colour concept, as well as the English title cards are based on a tinted and toned nitrate print from the British Film Institute (BFI) that served as the primary element for the restoration. The digital restoration was funded by the German Commission for Culture and the Media (BKM).

The world premiere of the digitally restored version in Berlin is a cooperative venture between the Berlin International Film Festival, the Deutsche Kinemathek, and public broadcaster ZDF in cooperation with ARTE. The film will have its TV premiere on ARTE on Monday, February 24, 2020; the Blu-ray/DVD will be released at the same time by absolut Medien.