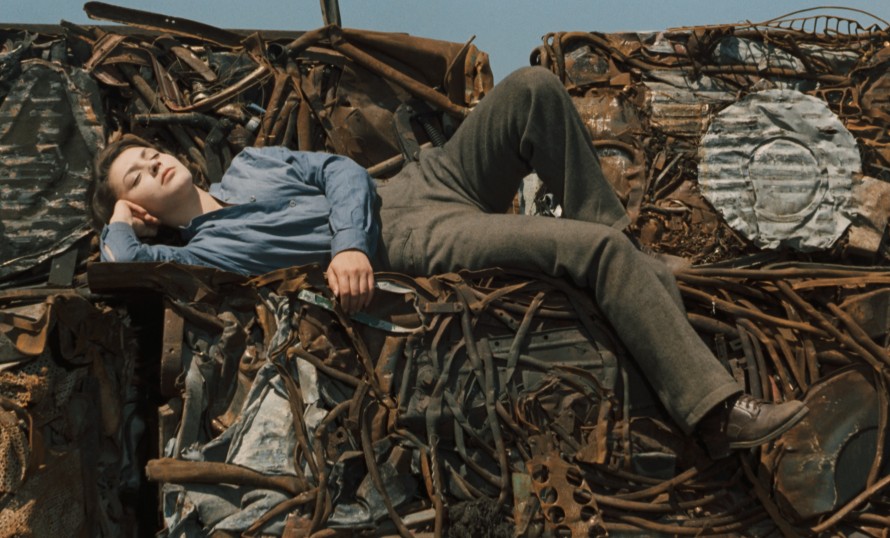 The Berlinale Classics section presents seven world premieres of digitally restored classics. We celebrate the centenary of Pier Paolo Pasolini’s birth with a screening of his Mamma Roma, while another old master of European cinema is represented with Jean-Luc Godard’s Notre Musique (Our Music). With Kawaita hana (Pale Flower) and Suzhou he (Suzhou River), the section presents two freshly restored classics of Asian cinema. Archival films can be re-discovered in brilliant new quality with Jiří Menzel’s Berlinale winner Skřivánci na niti (Larks on a String) and the British rock opera Tommy, set to music by The Who. The programme is rounded out by the silent film Brüder (Brothers), restored by the Deutsche Kinemathek, which will screen with newly composed musical accompaniment.

Mamma Roma is an early neo-realistic masterpiece by Pier Paolo Pasolini, starring the consummate character actor Anna Magnani. The social drama is about a prostitute unable to rise in the world because her son chooses a delinquent path. In his second film, Pier Paolo Pasolini evoked the misery and eros of the Italian sub-proletariat. With Christian iconography located somewhere between the Last Supper and the Crucifixion, Mamma Roma traces the via dolorosa of two people on the margins of society. The restoration by CSC – Cineteca Nazionale was done from the original 35mm negative and an optical sound track that was provided by RTI-Mediaset in cooperation with Infinity+ and Cine34. By integrating some sections from a print held in the CSC – Cineteca Nazionale that had been missing from earlier versions, it was possible to reconstruct the original version of the film.

Masahiro Shinoda’s enthralling gangster pic Kawaita hana glorifies big city life in a tale about a contract killer recently released from prison who falls for an enigmatic gambler. Beholden to the Aesthetics of Shadow concept with its expressive light and dark camerawork, the film, shot in black-and-white and Cinemascope, intensifies into an existential drama, accentuated by composer Tore Takemitsu’s cool jazz score. Kawaita hana was digitally re-mastered by the Japanese Shochiku Co. Ltd. in cooperation with the Japan Foundation. Shochiku provided the original 35mm negative for the 4K master, Shochiku MediaWorX Inc. processed the restoration.

With Skřivánci na niti, a romantic tale that is as poetic as it is subversive, director Jiří Menzel debunks state regimentation and posturing as theatre of the absurd, with the government functionaries serving as the chief comic relief. This satire, made during the Prague Spring era and based on short stories by Bohumil Hrabal, is set in a communist re-education camp, where political “reactionaries” and female prisoners form an alliance. Banned in 1969, censored scenes were re-integrated in 1989 and the film had its international premiere at the 1990 Berlin International Film Festival, where it won the Golden Bear. That version served as a reference for the digital restoration, which was done using the original picture and sound negatives. The restoration was done by the Karlovy Vary International Film Festival, working with the Národni filmový archiv, Prague, the Czech Film fund, UPP, and Soundsquare.

According to the rules of his dialectic of shot/reverse shot, in his late work Notre Musique, Jean-Luc Godard squares off disturbing montages of fictional and documentary war images with film theory doctrine and philosophical aphorisms, using that to question notions of individual guilt and responsibility. In parallel, two young women question the guests of a book fair in Sarajevo about historical guilt and responsibility. Notre Musique was restored in 4K by Patrick Lindenmaier (Andromeda Film AG) from a 35mm negative. The lab worked with the film’s cinematographer, Julien Hirsch, on the colour correction. The digitisation was made possible by Loterie Romande, Canton de Vaude, SRG SSR / RTS, Fondation Leenaards, and the Cinémathèque suisse.

Tommy is cinema’s first ever rock opera. Eccentric director Ken Russell has rendered the story of a traumatised child who ascends to idol of the masses into an all-star satire of the pop music industry, with hits and hysteria, pomp and pop art coalescing into a symphonic synthesis of the arts. The songs, by The Who’s Pete Townshend, were recorded for playback on a Quintaphonic Sound system. The digital 4K restoration was done by Sony Pictures Entertainment from an original 35mm negative and a 35mm colour inter-positive. Partners responsible for the 4K scan, the digital frame restoration, and the colour correction and other adjustments were Cineric, Inc. and Roundabout Entertainment in the USA, and the Prasad Corporation in India. David Bernstein acted as colourist. Audio conforming and audio restoration was done by Deluxe Audio Services.

Lou Ye’s tragic love story Suzhou he, about a motorcycle courier who is accused of kidnapping and killing the woman he loves, draws a portrait of a generation uprooted, set against the backdrop of modern Shanghai. Shot on coarse-grain 16mm stock, the film is a captivating Chinese variation on the neo-noir trend of the era, following in the footsteps of Hitchcock’s Vertigo. With its neo-realistic urban images and night-time passages that encapsulates the alternative sub-culture, Lou Ye created a cinematic puzzle of illusion and reality. Despite the Chinese government’s embargo at the time of its international release, Suzhou he has attained cult status in its country of origin and is now considered a classic of modern Chinese cinema. The digital restoration was based on the original A/B negative. Scanning took place at Screenshot, the digital dust-busting at The Post Republic, and colour grading by Moritz Peters. The Dolby 5.1 sound was mastered at Basis Berlin Postproduction by Ansgar Frerich and Sebastian Tesch.

This silent film classic of proletarian cinema is about the Hamburg dockworker’s strike of 1896/97, and two brothers who face off against each other. One is a labour leader; the other is a policeman. The digital restoration by the Deutsche Kinemathek was done in cooperation with the Filmarchiv Austria and broadcaster ZDF/ARTE. The screening on February 13 will be accompanied by live music performed by the Berlin Philharmonic under the baton of Raphael Haeger. The new music, composed by Martin Grütter, was commissioned by ZDF/ARTE. The digital restoration was funded by the FFE Film Legacy Subsidy Programme. (See press release from December 17, 2021.)