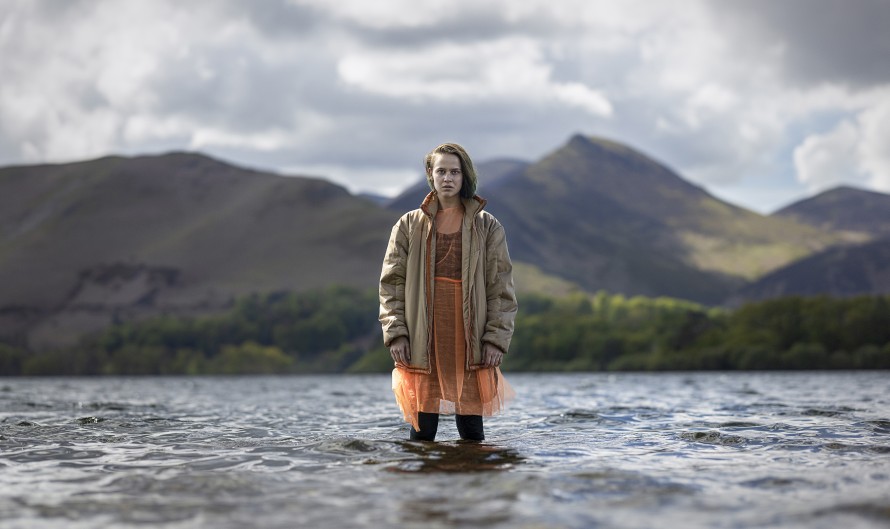 Clara Rugaard in The Rising

A noticeable trend towards more classical narratives and settings results in a conscious decision of creators to play with audience expectations and direct them to more immersive experiences: "What we see in this year’s selection at first glance seems like a return to well-established formats: crime scenes, courtrooms, hospitals and international espionage.
As viewers, we trustingly engage with these seemingly familiar settings and are suddenly lead to unfamiliar and, above all, emotional places that affect and challenge us," says Julia Fidel, head of Berlinale Series.

The programme opens with Iosi, el espía arrepentido (Yosi, the Regretful Spy), an elegantly composed classic by Daniel Burman, whose gripping tale of deceit and catharsis of an Argentine spy spans three decades. With The Shift, Lone Scherfig succeeds in nothing less than redefining a genre by creating the concentrated observation of a maternity ward with multi-layered characters and large horizontal arcs and giving relevance and dignity to the protagonists and their conflicts, such as midwife Emma (Sofie Gråbøl). Together with screenwriter Florence Longpré, Philippe Falardeau has completed his first series project Le temps des framboises (Last Summers of the Raspberries). In a unique conjunction of opposites, physical comedy and family drama meet just as much as an estranged French-Canadian family and Latin American farm workers.

In the Czech series Podezření (Suspicion), by showrunner Štěpán Hulík and director Michal Blaško, Klára Melíšková plays the brittle nurse Hana, who becomes the perfect victim of a political power play, with outstanding impassivity and helpless against an invisible, overbearing antagonist. A young policewoman returns to the monumental landscape and small-minded society of her childhood in the Icelandic series Svörtu sandar (Black Sands). When a body materialises on the beach, she must uncover not only a potential murder case, but also painful memories.
The Rising impresses with a young cast led by breakout talent Clara Rugaard as Neve Kelly, who awakens in a strange state after a party. The addictive supernatural thriller is an adaptation of the Belgian format Beau Séjour as a YA whodunnit in spectacular British landscapes.
The Swedish comedy Lust (directed by Ella Lemhagen) provides an unflinching glimpse into the erotic experiences, sexual woes and needs of a group of girlfriends in their mid-forties, embodied by a disarmingly authentic acting ensemble who switch effortlessly between tragedy, irritation and silliness. Frans Milisic Wiklund created the series together with Åsa Kalmér and the lead female actors Julia Dufvenius, Sofia Helin and Anja Lundqvist.

When a young secret agent goes undercover in the Jewish community of Buenos Aires, he is unwittingly preparing the ground for anti-Semitic terrorist attacks. Years later, he decides to bring the truth to light.

Now that Anette and her best friends are in their mid-40s, do they have to resign themselves to a sex life that could do with a makeover? No, and they never will, is the answer given by this unashamedly honest comedy series.

Hana, an introverted nurse, is suspected of being responsible for the death of a patient. She finds herself being drawn deeper and deeper into a web of political intrigue and obfuscation to which she is helplessly exposed.

Neve Kelly is dead. She is stuck in limbo and must find out who killed her. This adaptation of the mystery series Beau Séjour impresses on account of its young cast and the breath-taking landscapes of England’s Lake District.

Midwife Ella runs the best maternity ward in Denmark. The close-knit team goes about their work with conviction and fine ideals, but all too often the mental and physical strain pushes them to their personal limits.

A dead body lies in the black sand. The police assume it was an accident. Policewoman Anita, who has returned home from Reykjavik, is the only one who smells a rat. The case forces her to confront her own past.

When her husband dies unexpectedly, Élizabeth’s life is turned upside down. In addition to her two teenage sons, she now also has to take care of a farm replete with seasonal workers and her panic-prone in-laws, to whom she has never really been able to warm.