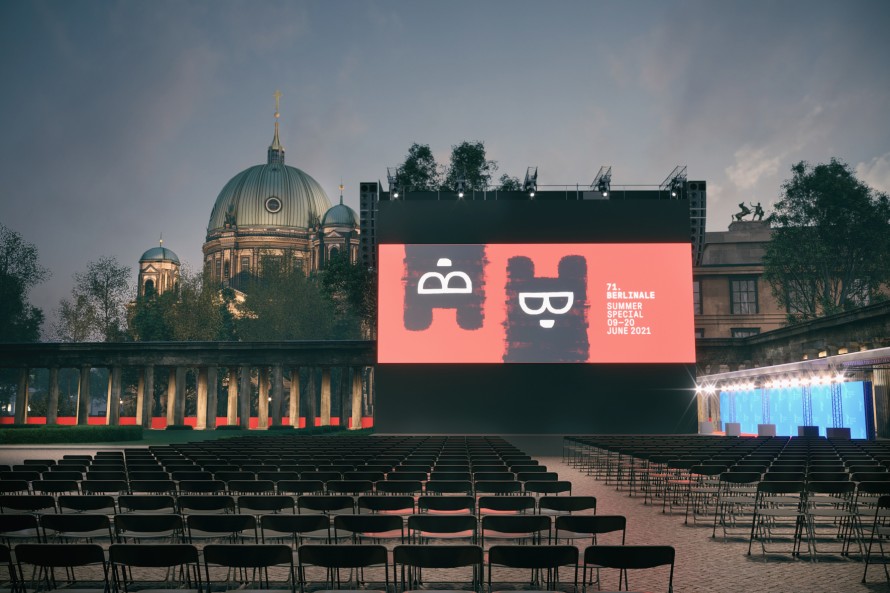 The 71st Berlin International Film Festival Summer Special will begin on June 9, 2021 at 9.30 pm. At the opening event at the outdoor cinema specially constructed for the Berlinale on Museum Island, the Federal Commissioner for Culture and the Media, Professor Monika Grütters, the mayor of Berlin Michael Müller, and the directors of the Berlinale Mariette Rissenbeek and Carlo Chatrian will greet guests and invite audiences to enjoy twelve days of outdoor cinema magic.
After the Opening Ceremony, the Berlinale Special Gala film The Mauritanian by Kevin Macdonald will be presented, along with a digital greeting from the director and the actors Jodie Foster and Benedict Cumberbatch. Nancy Hollander, the attorney of Mohamedou Ould Slahi, whose story the film is based on, will personally introduce The Mauritanian at the opening event.
Hadnet Tesfai will emcee the event, which will be broadcast live on the 3sat media library, the ZDF media library, and at www.berlinale.de.

Due to the pandemic, the Berlinale designed the Summer Special as a purely outdoor event for Berlin audiences, and this pilot project with mandatory testing was greenlit by the Berlin Senate. The festival is very pleased to now be able to present 126 films to audiences from June 9 to 20 at 16 outdoor venues during the Summer Special.

“After a long wait, we can now finally experience big-screen cinema together again. We’re thrilled that many directors have confirmed their attendance despite difficult travel policies so that they can personally present their films to audiences. We’re looking forward to many exciting evenings and wonderful cinema adventures,” comments the Berlinale director duo, Mariette Rissenbeek and Carlo Chatrian.

A number of prominent German politicians and ambassadors have also announced their attendance.

332 directors and members of film teams (189 KB) will personally present their films to audiences over the course of the Summer Special.